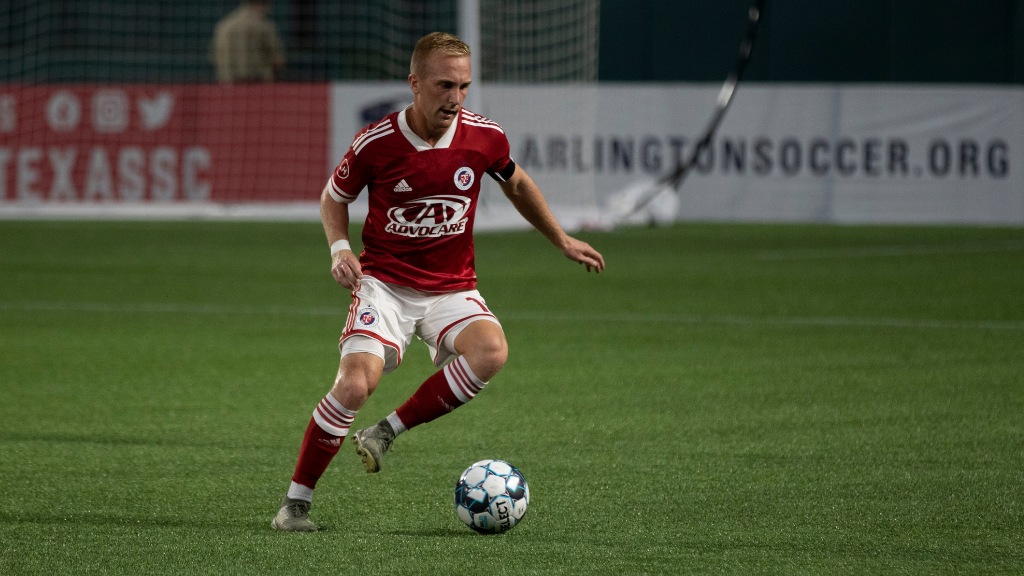 Derek Waldeck appeared in every match for NTSC in 2020. (Photo courtesy of North Texas SC).

After joining North Texas last December, Bruce had a productive season for the second-year club. The Texas native tallied three goals and an assist in 14 appearances and eight starts.

Waldeck and Alisson each appeared in every match for NTSC, two of only three players to do so in 2020. A first-year pro, Waldeck led the side in duels won (58) and finished second on the squad in recoveries (89), while Alisson made the most interceptions (32) and won more tackles (16) than any other player on the NTSC roster.