Michael Vang, Noah Fuson and Josiah Trimmingham have re-signed with the Flamingos 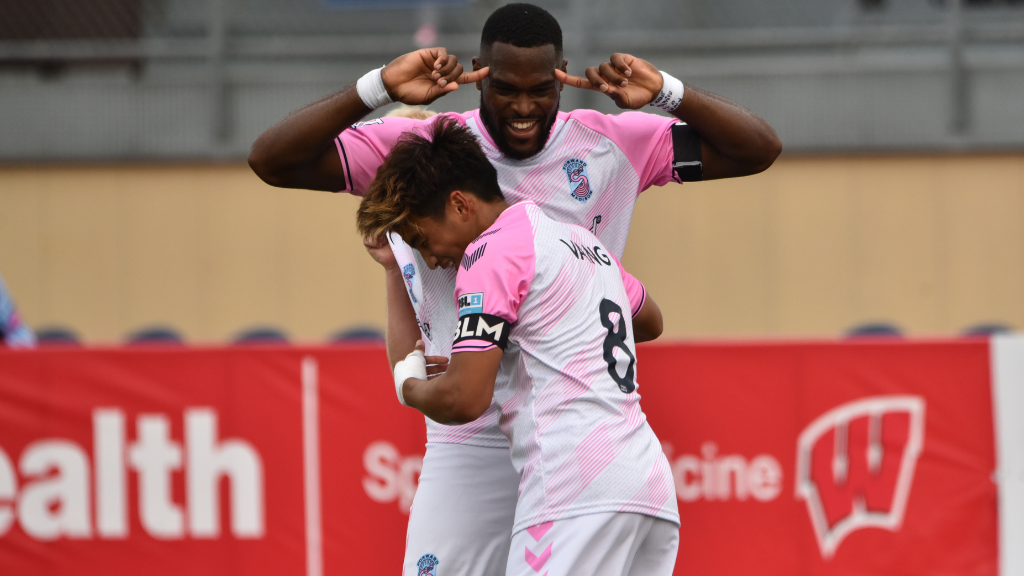 Vang highlights the group of returners after finishing the 2020 season as Madison’s top scorer with four goals in his first year in the league. The 20-year-old provided a creative spark for the side throughout the season and earned team MVP honors in a fan vote following its conclusion.

“It feels great knowing that the club believes in what I can do and bring to the team,” Vang said. “Giving me the opportunity to come back and play for Madison again, I’m grateful for that.”

“Last year was just letting everything out and showing the coaches, my teammates, everyone, how I play,” Vang said. “I can’t wait to come back and win a championship for Madison.”

Fuson re-signs with Madison after joining the club midway through the 2020 season. The 20-year-old forward made 10 appearances off the bench and scored his first professional goal to help Madison earn victory in its final match of the season against the New England Revolution II on October 24.

“Last year I was welcomed with open arms and I learned a lot about myself and the professional game,” Fuson said. “I think coming into next season that, with all the tools I acquired from last year, I’ll be able to help the team even more.”

“I want to score 20 goals next season,” Fuson said. “It’s a really high standard, but I always think, ‘Why put a cap on what I can do? Why set my goals low?’ I want to do everything I can to help the team win games and get to that final game that matters.”

Defender Josiah Trimmingham completes the trio of re-signings for Forward Madison. The 23-year-old central defender appeared in 13 matches for the Flamingos in 2020 and was a vital piece of a defense that conceded less than a goal a game.

Throughout his first season in the league, Trimmingham asserted himself as a physical presence and made the second-most clearances among all outfield players with 70 and finished in the top-six in aerial duels won with 37. The Trinidad and Tobago international figures to be a key cog in Madison’s defense again in 2021.

“We endured a lot of obstacles, but from a player’s perspective we overcame all that we could,” Trimmingham said of the 2020 season. “Our fans really backed us and it’s nice to see that you have that support going into next season.”