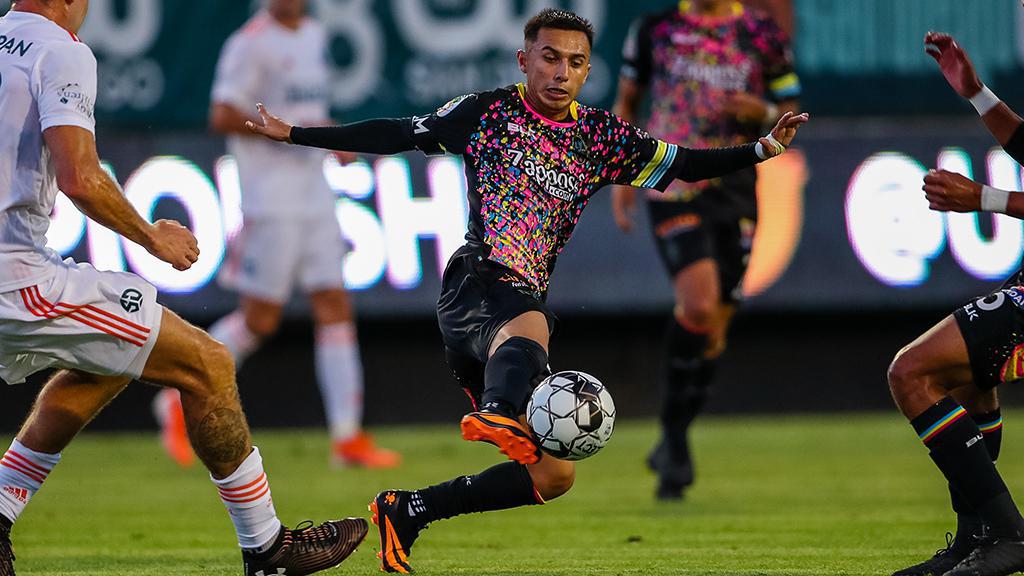 CHATTANOOGA, Tenn. – Chattanooga Red Wolves SC announced on Wednesday it had signed midfielder Jose Carrera-Garcia for the 2021 season. Carrera-Garcia brings Ascenso MX and USL Championship experience to the Red Wolves, having most recently competed for Las Vegas Lights FC in the 2020 Championship season.

A native of Mexico, Carrera-Garcia began his professional career in 2018 with Ascenso MX side Celaya FC, where he made 20 appearances in the league and two more in Copa MX. This year he joined Las Vegas Lights FC and made 13 appearances while recording two assists for the Championship side.

“I am very excited to be part of this club,” says Carrera. “It is a new challenge in my career, and I will arrive in Chattanooga with the mentality that we have to win it all. I intend on coming here to win my first championship as a professional. Since the day Coach Obleda explained to me the project he is trying to build I was sold. He is building a championship team for a club that deserves nothing less. It will be a great year for everyone involved in the club. I am ready to go”.

Carrera-Garcia previously competed collegiately at the University of California, Berkeley where he was named to the Pac-12 All-Conference Team three times, while sitting as the conference’s assist leader twice. He left the Golden Bears sitting third in program history with 29 assists, and was a three-time United Soccer Coaches All-West Region selection.

“Jose is one of our top signings this season,” said Red Wolves President and General Manager Sean McDaniel. “His leadership experience will be invaluable both on and off the field. He is both a quality player and person.”