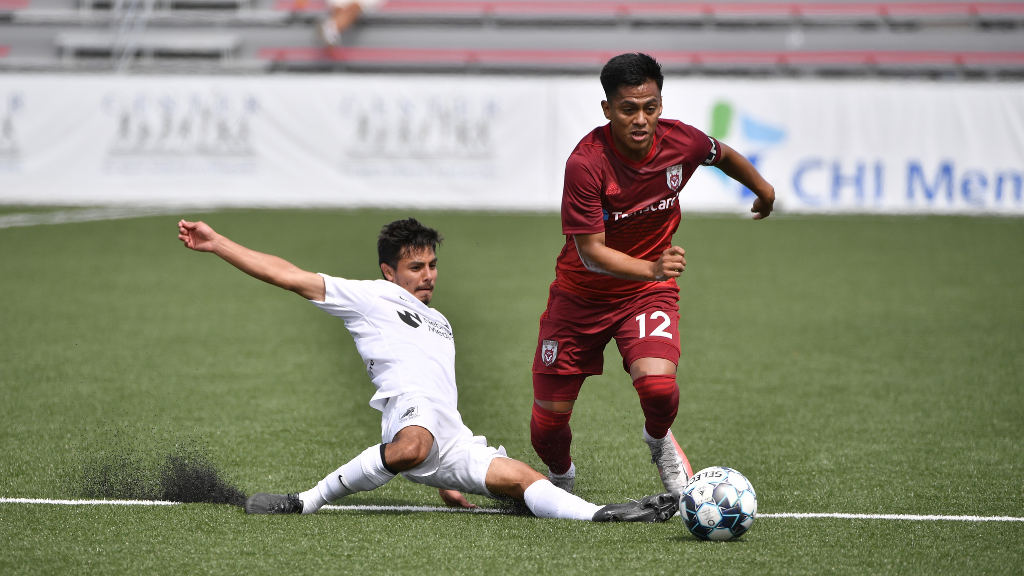 Chattanooga Red Wolves SC has announced the return of five players from the club’s 2020 roster including defenders Ricky Ruiz, Jonathan Ricketts, and Jason Ramos, midfielder Marky Hernandez and forward Ronaldo Pineda. All five players tallied over 600 minutes on the season and played an integral role in Chattanooga’s success in 2020.

A 2020 League One All-League Second Team selection, Ruiz highlights the group. The left back appeared in all but one match for the Red Wolves last season and led the side in duels won (106), interceptions (39), and recoveries (108) and finished second in chances created (18) in addition to tallying two assists.

Hernandez, who formed a quality partnership with Ruiz on the left wing in 2020, also returns after a productive first season in Tennessee. The California native appeared in 12 matches, scored four goals and finished first on the team in assists with four.

Ricketts returns to his hometown club after completing his first professional season in 2020. A product of USL League Two side the Dalyton Red Wolves, Ricketts was one of only four players to appear in every match for Chattanooga last season. The 6-foot-1 defender led Head Coach Jimmy Obleda’s squad in tackles won (20) and finished tied with Ruiz for the team lead in duels won (106).

Ramos tallied a goal and an assist and led the team in clearances (35) in his first season in Chattanooga. His lone goal was one of the goals of the season and earned a spot on Sports Center’s Top 10. Ramos, Ricketts and Ruiz represent a solid core of Chattanooga’s 2020 defense returning for 2021.

The lone forward on the list of returners, Pineda was effective primarily coming off the bench last season. The 24-year-old registered two assists, five dribbles completed, and nine chances created in 14 appearances.