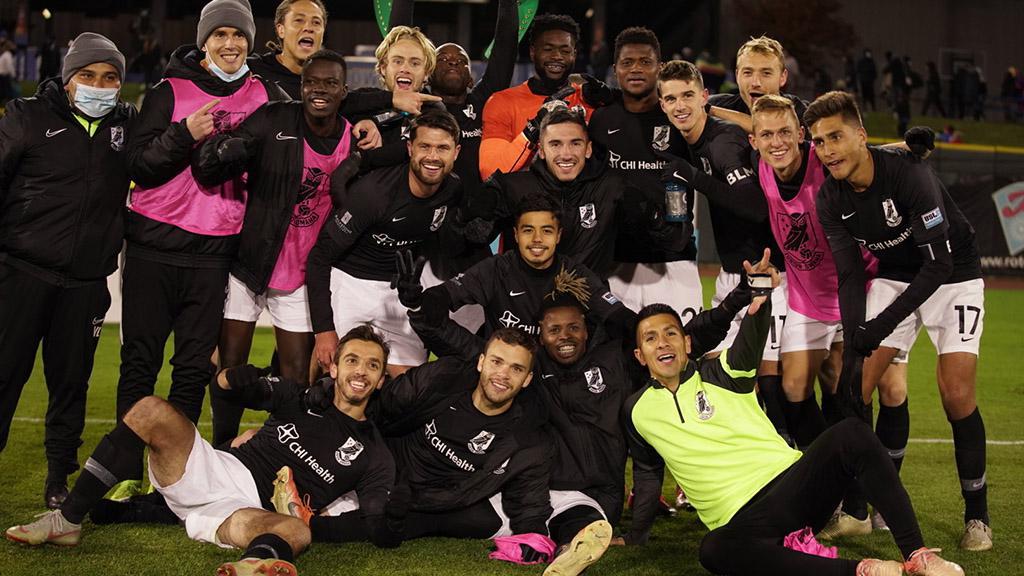 Union Omaha's inaugural season proved a success on and off the field as the club played before sold-out socially-distanced crowds at Werner Park in all eight of its home games in 2020. | Photo courtesy Union Omaha

When Sacramento Republic FC joined the USL Championship in 2014, it changed the mindset for the clubs that followed them into the league, offering a blueprint for how a club could not only succeed on the field but thrive in its local market.

It’s still early to judge whether Union Omaha will have the same effect long-term in USL League One, but the club’s inaugural season that saw it not only earn a second-place finish in the regular season but also see its brand become embedded in its community has certainly turned heads both at the league office and around the soccer landscape.

“If that’s the bar for new teams that keep coming in, the bar’s been raised,” League One Senior Vice President Steven Short told the Omaha World-Herald’s Jon Nyatawa. “There’s a lot of expectations now.”

What’s all the more remarkable about the success Los Buhos achieved was the circumstances in which they arrived. From the delay to start the season and then the limitations placed on attendance due to the coronavirus pandemic, financial challenges were unavoidable for clubs in both the Championship and League One.

As the club sold out all eight of its home games with socially-distanced fans at Werner Park, however, it offered a sense of optimism for Union CEO Gary Green as he and his team began to play for what’s next.

“We took a hit financially — it’s never easy to start with an inaugural season during a pandemic,” Green told Nyatawa. “But it feels good to know that we read the soccer market correctly. And given the state of affairs and the obstacles we have to overcome, I couldn’t have asked for a better result.” 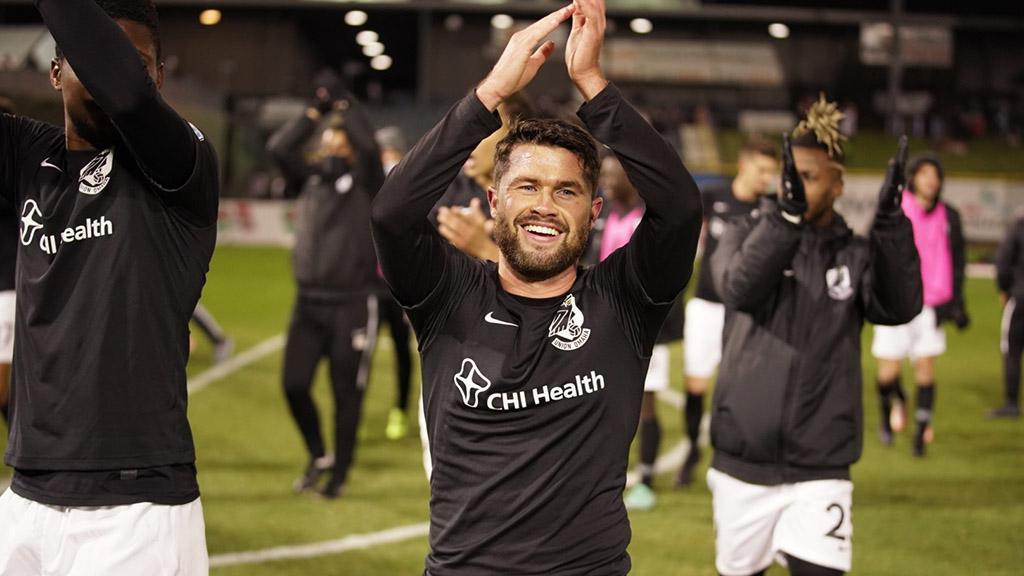 Union Omaha's Austin Panchot joins his teammates in thanking the fans after the club's regular-season ending victory against Fort Lauderdale CF that earned the club a second-place finish in its inaugural League One season. | Photo courtesy Union Omaha

Omaha’s success came from not only tapping into the strong soccer culture within the community that had been fostered by the strong college programs at Creighton University and the University of Nebraska Omaha, but also into creating strong bonds in a broader sense across the city. The club’s decision to donate its jersey front to CHI Health and Nebraska Medicine to raise awareness of what both organizations were doing to help people during the ongoing pandemic was extremely well-received, as have other initiatives the club has put in place.

That desire to be an organization that plays a role as a leader in the community overall is one that is set to allow Union to thrive in years to come while it looks for even greater success on the field.