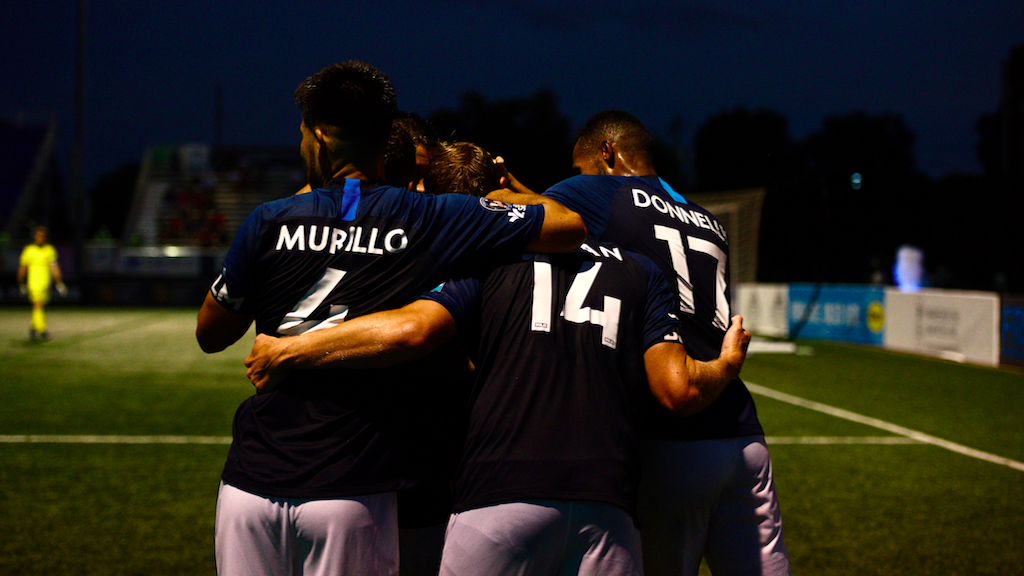 GREENVILLE, S.C. -- If you’ve ever watched Aaron Walker play in the Greenville Triumph SC midfield, you know he has composure. A different kind of composure was required from him on Thursday, when joyous teammates crowded around him during an interview at the Triumph SC training facility just moments after the team found out it had been crowned 2020 USL League One title-winners.

As another sign of the times, smoke detectors had gone off during the team’s initial celebration, forcing the players and coaching staff outside into the windy but warm autumn afternoon for the time being. As Walker’s teammates held traffic cones and tree branches in front of him like microphones, Walker summed up the attitude of the squad in that special moment.

“Obviously this isn’t how we imagined winning a title would be, but at the end of the day we’re very excited and I think we deserve it,” said Walker. “This team has been through thick and thin this year. It’s been a long hard road, and everyone is buzzing. It’s an awesome moment for us, and it’s been an amazing ride this year.”

The 2020 USL League One season was an unusual one, to say the least. But despite all the unique challenges the year brought, Greenville Triumph SC accomplished the goal it set for itself back in March: to earn redemption for its defeat in the 2019 League One Final and overcome that final hurdle to be crowned League One title-winners.

“The immediate reaction is we really wanted to play that championship game, we’ve been number one all year and we wanted to prove that,” said Greenville Head Coach John Harkes. “Having said that, it’s not been a normal year. Certainly our hearts go out to Omaha, and we hope that everyone is healthy.

“The reason we’ve been number one all year long is our discipline, approach to the game and love for the game. It’s been a pleasure to coach these guys, the players have been fantastic. Our athletic trainer Nadia [Najm] created a bubble to make sure we’re protected from the first game of the season all the way through. We could either be optimistic and positive or look at it through a dark, negative way and we choose to be positive. We’re happy that we’re champions.” 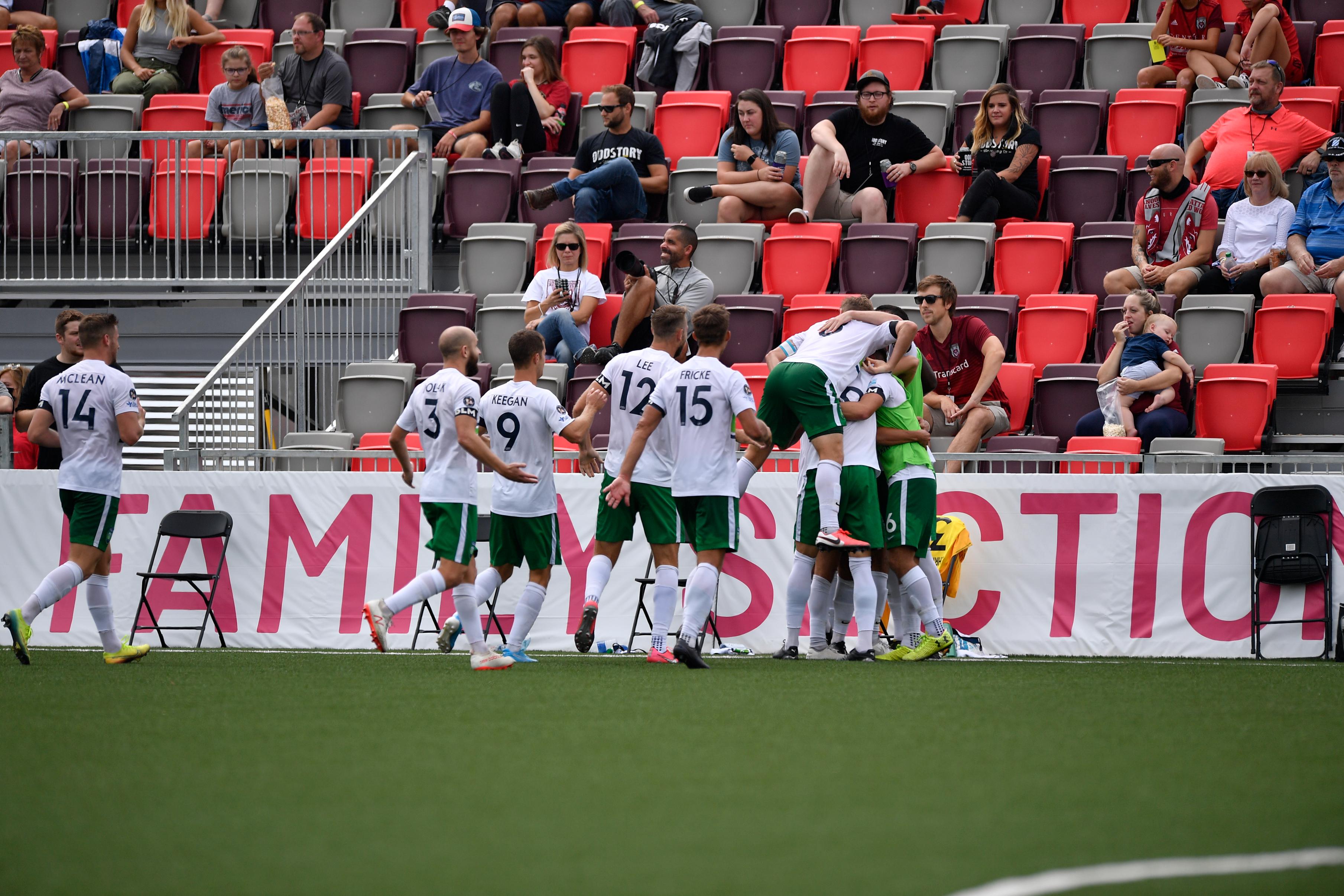 Over the 16-game regular season, Triumph SC rarely faltered as League One’s team to beat, remaining in first place from Week 1 all the way through Week 15. Harkes set his team up with a clear identity - concede few opportunities to the opposition, pick your moments to go forward, and when you do, be clinical in finishing chances. That identity nearly worked to perfection.

Greenville won five games this season by a 1-0 scoreline. In all five games, the decisive goal arrived after the hour-mark, and in three it arrived later than the 80th minute. That togetherness and belief that they’d get the goal they needed embodied this squad’s excellence in winning the League One regular season by six points.

“It says a lot about the group of guys we have,” said Walker of the team’s mentality. “A lot of us said at the beginning that we had a very mentally tough squad and we knew what we were going to do. We had our eyes on the goal but it was one week at a time. Obviously with the pandemic it was tough, but we’ve stuck together and this group is really unbelievable. We’re very tight-knit, and I’ve never been a part of a team like this. It’s awesome.”

While Triumph SC’s dominance didn’t often manifest itself in the scoreline, it did in the consistency of results. One got the sense watching Greenville that even when a match looked to be heading for a draw, the team would have that extra gear to go on and find a winner. Even during the side’s lone rough patch of the season, a two-game losing skid in late August, Walker noted that nobody wavered in their belief in the system. 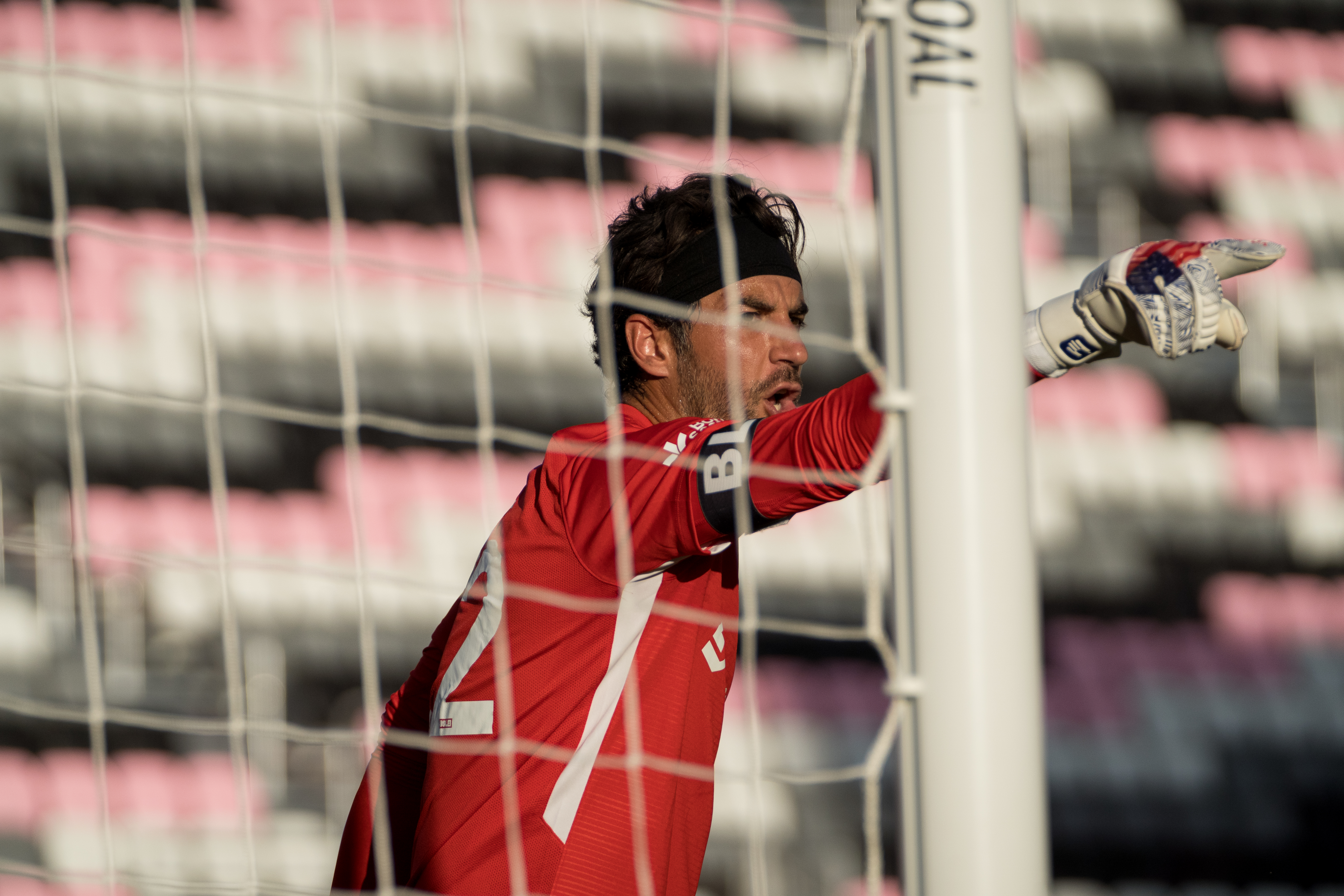 Dallas Jaye had another sensational season between the sticks for Greenville, winning the 2020 USL League One Golden Glove / Photo courtesy Fort Lauderdale CF

“It was a shortened season but also a long season so we knew we had to be tuned in every week,” Walker said. “We went through some highs and some lows, and we managed the lows. That was huge for us. You’re not going to play your best every week of the season, so for us we knew we had to continue to believe in ourselves and believe in the performances. That speaks to what kind of team we have, a complete team. ”

Players and coaches alike will tell you that Triumph SC’s title-winning campaign was a result of confidence by committee, but the club isn’t without its standout performers. Dallas Jaye was the league’s Golden Glove-winner for a second consecutive season, keeping nine clean sheets. A defensive unit including the excellent center-back pairing of Brandon Fricke and Evan Lee, along with a full-back corps of Tyler Polak, Cesar Murrillo and Abdi Mohahmed were essential in allowing a league-fewest 11 goals.

Walker, Paul Clowes and Noah Pilato all stood out in the Greenville midfield. Pilato in particular produced three high-quality goals, two of which were match-winners. Newcomer Alex Morrell contributed five goals and six assists, first-year pro Lachlan McLean led the team in scoring with seven goals, and returnee Jake Keegan bagged five as well. According to Harkes, the team used the loss in the 2019 Final as motivation to come together, with everyone buying in to the redemption effort.

“I think the difference this year was a little bit more focus and detail,” said Harkes. “I grew as a coach, and we’re all about creating opportunities to grow as players and evolve as a team. We made sure that our style of play really aligns with our training sessions. We focus on ourselves first, and certainly were aware of the teams we competed against, which there’s so many great teams in this league.

“We continue to be a small part of growing the game in this country. To get to the final both years of League One is fantastic. The guys are brilliant. When we put tasks for them to follow, they followed them. Adaptability was number one this year. Collectively as a group we all bought in, so that’s what drove this from day one.”

The manner in which the season ended takes nothing away from Triumph SC’s incredible campaign, nor Union Omaha’s in reaching the final as a first-year club. Greenville hardly put a foot wrong during the regular season, and will be back to go again with a strong side in 2021. But for now, Triumph SC’s players and coaches will revel in the rewards of their hard work this season.

“It’s fantastic because that loss last year made us hungrier and a little bit more focused,” said Harkes. “We learned from it, and then we carried on forward. What we built this year, to be number one all year, that doesn’t happen often, so I’m very proud of the players and staff. You’re only as good as the people around you and I’ve got great people around me. These guys deserve it, they’ve worked extremely hard all year and we’re looking forward to next year already.”