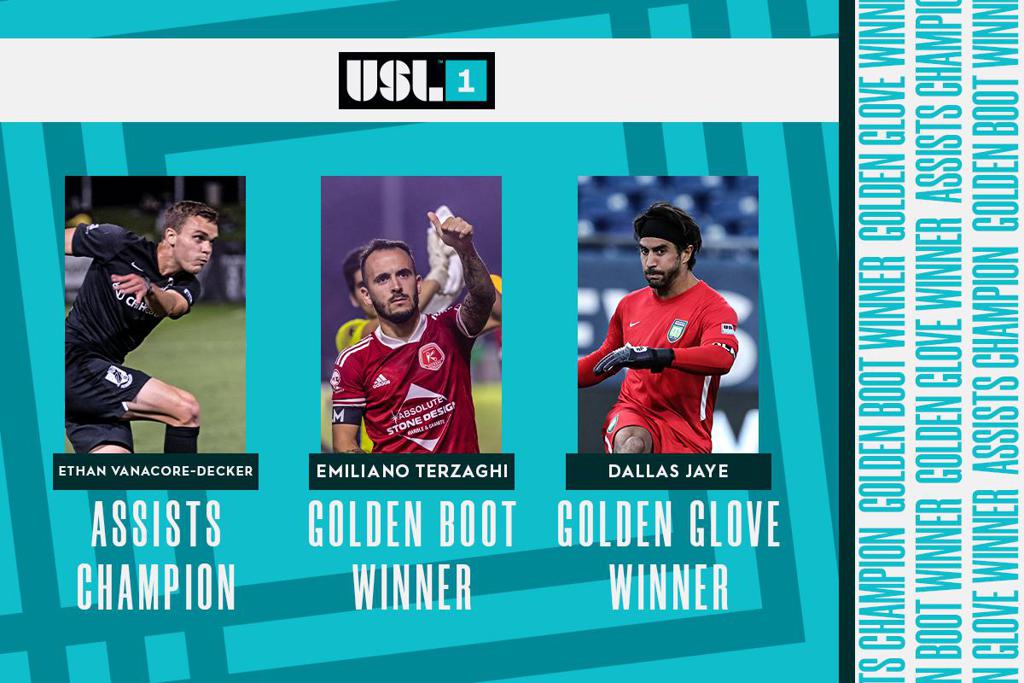 In his second year with the club, Jaye started every match for Triumph SC and maintained a 0.69 goals-against average through 16 games. The reigning League One Goalkeeper of the Year recorded a league-high nine clean sheets, made 32 saves, and finished the regular season with a 74.42 save percentage.

Jaye narrowly edged out Forward Madison FC’s Chris Brady to claim back-to-back Golden Glove awards. After earning the starting job midway through the year, Brady finished the season with a 0.75 goals against average.

After joining the Richmond Kickers from a club in his native Argentina in the offseason, Terzaghi put on a fantastic display in front of goal in 2020, notching 10 goals in 15 matches. The 27-year-old striker averaged 0.72 goals per 90 minutes and maintained a 25.64-percent shot conversion rate through the regular season.

Another League One newcomer, Vanacore-Decker provided six assists on the season as he played a major role in Union Omaha’s trip to the 2020 League One Final. The New Jersey native was named the Assists Champion by the narrowest of margins after he and Greenville’s Alex Morrell finished the regular season with six apiece. An assists per 90 minutes tiebreaker was used to separate the two and Vanacore-Decker had a slightly better rate at 0.43 assists per 90 minutes to Morrell’s 0.39.