Grading the finalists in five key areas of the game 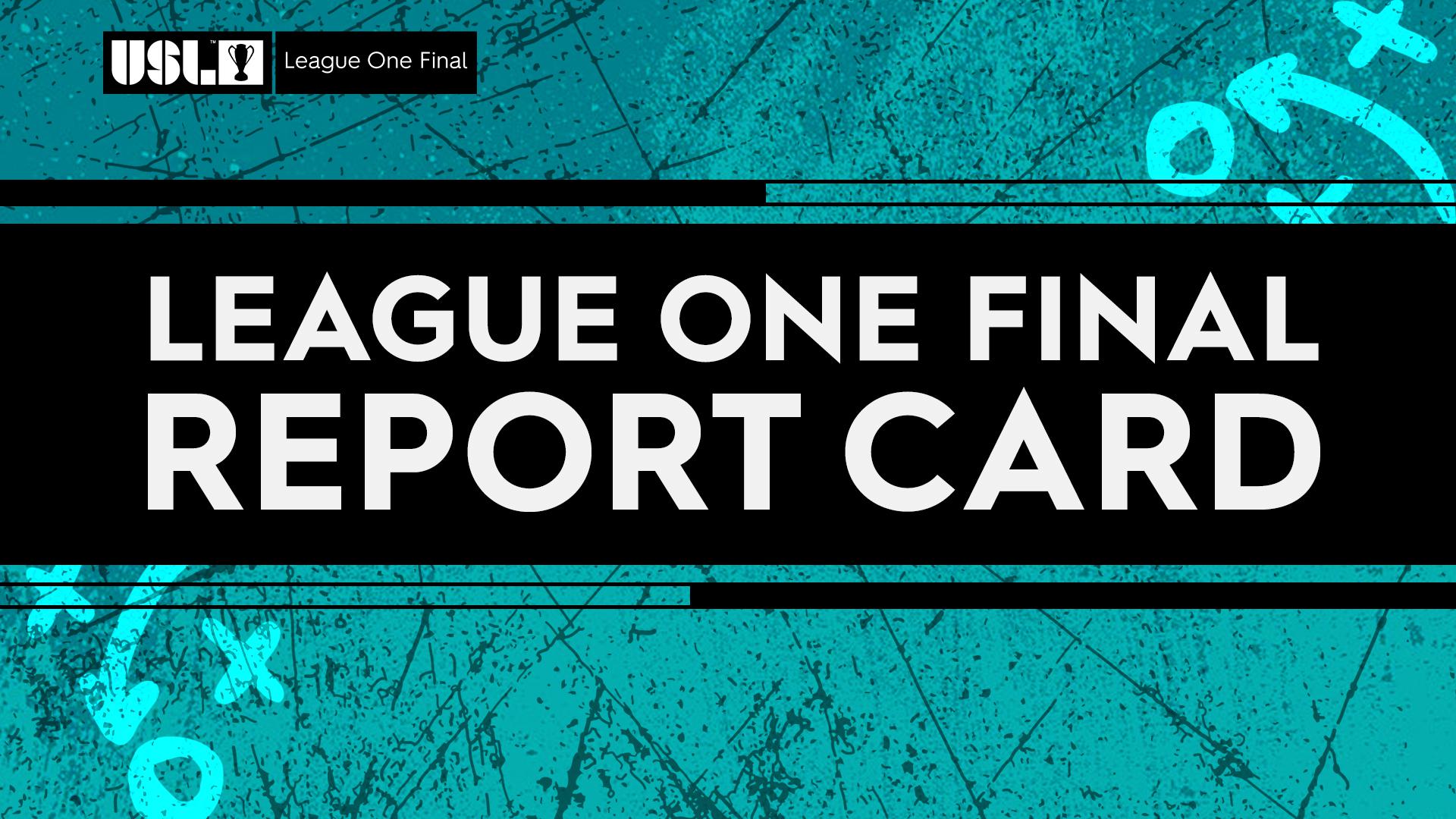 It’s officially League One Final week! It took us until the final day of the regular season to figure out Greenville Triumph SC’s opponent, but Evan Conway’s stoppage-time winner ensured Union Omaha would return to South Carolina to attempt to repeat the feat of being the only team to beat Greenville at Legacy Early College this season.

Ahead of Friday’s title tilt (8 p.m. ET | ESPN Deportes | ESPN+), I took a look at each of the finalists in five key areas of the game: attack, defense, midfield, coaching and depth -- and handed out a letter grade based on regular season performance. If you disagree, feel free to come do so on Twitter (@cameron_koubek).

With all those 1-0 wins (five of them in total), the gut says Triumph SC isn’t a high-scoring team. But Greenville was second only to North Texas SC in total goals scored this season, and has three players who are all capable of doing damage up front. Alex Morrell has been the driving force behind the team’s success with five goals and six assists, while Lachlan McLean leads the squad in scoring with seven and Jake Keegan chipped in five as well.

11 goals conceded in 16 games earned Greenville the best defensive record in League One this season, and it earns them a solid A in this department. Anchored by Golden Glove winner Dallas Jaye, this is a well-marshaled unit that gives away very little in terms of chances. Evan Lee and Brandon Fricke make an effective center back pairing, while the full back corps of Abdi Mohamed, Tyler Polak and Cesar Murillo have been good at neutralizing opposing wingers.

The Triumph midfield typically features a pivot of Noah Pilato and Aaron Walker, both of whom showed themselves to be very good League One players this season. When John Harkes opts for three players in the middle of the park, he’ll start Paul Clowes as well. The Greenville midfield has been successful if not always spectacular in linking the team from back to front -- Pilato in particular scored three goals of both quality and importance to help the Triumph get here.

It’s hard to find many faults with the way John Harkes has led this squad to a second consecutive League One Final. As I wrote a few weeks ago, Triumph SC were one of the most well-defined teams tactically in the league this year. The Harkes formula seems to have produced a group of talented individuals who bought into a collective system, bringing the best out of them and creating consistency in performances and results.

If there is one question mark with Greenville, it’s likely here. The bench features quality players including JJ Donnelly and Carlos Gomez, but Harkes stuck with the same starting lineup (minus one or two rotational tweaks) for most games this season. With that lineup fully healthy and available for the Final, Triumph SC may not need to rely on depth in a one-off game, but if the match were to reach extra time, it would be interesting to see who is called in off the bench to possibly seize a decisive moment.

Omaha was the lowest-scoring team to finish in the top six of the final standings, averaging just over one goal per game. Evan Conway had a fantastic year in scoring six goals, but beside him and Ethan Vanacore-Decker, no Omaha player scored more than two. This is not to say that Omaha is a poor attacking team - far from it, in fact. But if they hope to replicate their win over the Triumph from two weeks ago, they’ll need to find a way to generate high-quality scoring opportunities, rather than rely on moments of individual brilliance like the ones Conway and Christian Molina produced in that game.

The Owls had the third-best defense in League One during the regular season, but perhaps more importantly, it’s a defense that is hitting its stride at the exact right time. Omaha only allowed one goal in its final four matches of the regular season. Rashid Nuhu had a standout campaign in the net, while the first-choice back four of Damia Viader, Daltyn Knutson, Abdul Illal Osumanu and Ferrety Sousa appear to have excellent chemistry.

Ethan Vanacore-Decker is the first name that jumps out in the Owls midfield. League One’s Player of the Month back in August, the former Sporting Kansas City II man does a little bit of everything to make Omaha tick. Late-season addition Tobias Otieno cannot be overlooked either -- since he made his debut in an away win against Fort Lauderdale CF, the Kenyan has added more quality in front of the back four. Omaha is 4-0-1 in the five games in which Otieno has featured. Aside from those two, JP Scearce seems to have locked down a starting spot in the center of the park, and we all saw what Christian Molina can bring to the table with his sensational strike against Triumph SC two weeks ago.

What a tremendous job Jay Mims has done guiding this club through its inaugural season. Like his counterpart in the Final, Omaha has a defined tactical approach that varies from opponent to opponent. When the Owls suffered three consecutive defeats in September and looked to be falling out of the postseason picture, we saw the mental strength that Mims has instilled in his squad evident in a five-game unbeaten run to close the campaign.

Mims will have some really solid options to choose from as the League One Final reaches its later stages. Devin Boyce has shown himself to be a threat going forward, and striker Elma N’For can offer the team a different dimension as well. Sebastian Contreras was an important contributor during the regular season and could very well start. Beyond the players themselves, one of Omaha’s strengths is its adeptness in making tactical changes mid-game based on the scenario -- both the starters and bench players are versatile and can shift roles if need be.