Greenville, Omaha to Meet in 2020 League One Final 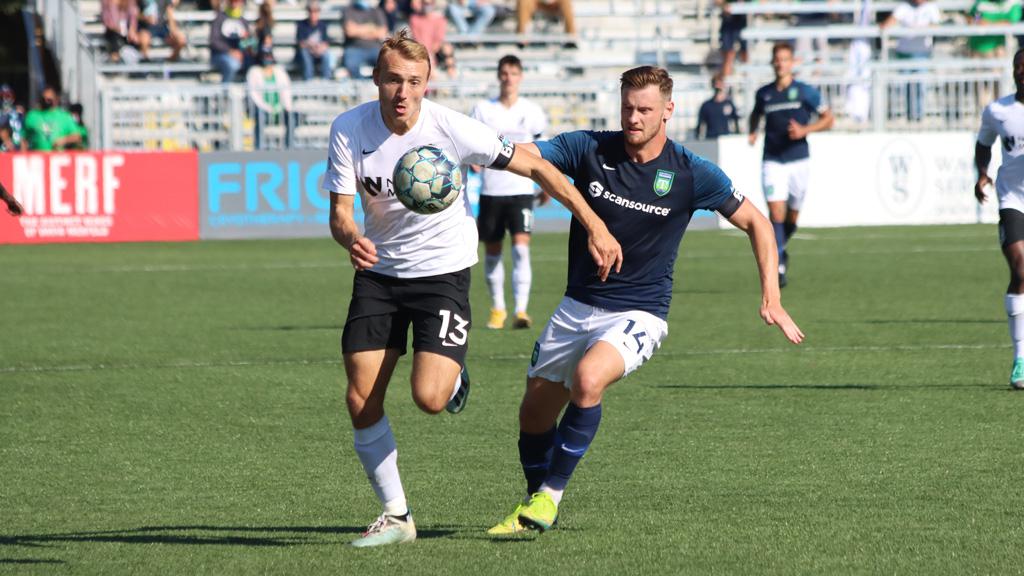 Omaha took victory in the only match between the two sides in the regular season. (Photo courtesy of Greenville Triumph SC)

TAMPA, Fla. -- The 2020 USL League One Final will see Greenville Triumph SC play host to Union Omaha after a thrilling final day of the regular season that saw the race for a place in the title match come down to the wire. The contest is set to kick off at 8 p.m. ET on Friday, October 30 at Legacy Early College and will be broadcast live on ESPN Deportes in addition to the English-language stream on ESPN+, marking the first national television broadcast in the league’s two-year history.

Union Omaha earned a place in the League One Final on the last day of the club’s inaugural season, defeating Fort Lauderdale CF 1-0 Saturday night at Werner Park in dramatic fashion as Evan Conway notched a 91st-minute goal to send his side to the postseason. Los Buhos capped off a spectacular opening season, becoming the fifth expansion club in the USL modern era to reach a Final in its inaugural year, joining the Championship’s Sacramento Republic FC (2014) and Sporting Kansas City II (2016) and League One’s Triumph SC (2019) and North Texas SC (2019).

Greenville, meanwhile, clinched a return to the League One Final on October 3 after a 2-0 home victory over Orlando City B and earned home-field advantage two weeks later. After falling 1-0 to North Texas SC in the 2019 League One Final, Head Coach John Harkes’ side returned a solid core of players and added forward Alex Morrell, midfielder Noah Pilato, and center back Brandon Fricke, all of whom played a role in Triumph SC going wire-to-wire in first place in the standings in 2020.

Omaha took victory in the only meeting between the two clubs in the regular season. Conway and Christian Molina each tallied a goal in the contest as Head Coach Jay Mims’ side handed the Triumph their only loss at Legacy Early College this season.

The 2020 USL League One Final will be aired on YouTube for international viewers in addition to ESPN+ and ESPN Deportes’ domestic broadcasts. The match will also air live on SiriusXM FC and can be followed on the USL League One Match Center with game updates and statistics powered by Opta.