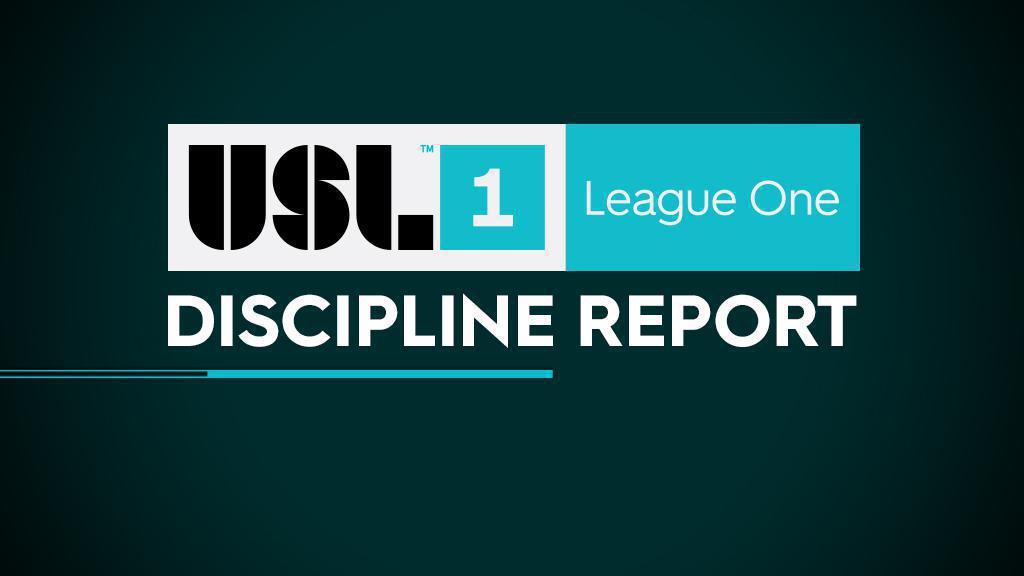 TAMPA, Fla. – The following is the USL League One discipline report for Week 11 of the 2020 season:

FC Tucson’s Charlie Dennis has been suspended for one game following the review of an incident in his side’s contest against North Texas SC on September 19 by the Independent Discipline Panel. Dennis will be unavailable for Tucson’s contest against Forward Madison FC on Wednesday night.

South Georgia Tormenta FC’s Jordan Skelton will not serve a suspension following the rescindment of the second caution that resulted in his red card for two cautionable offenses against Fort Lauderdale CF on September 19. Skelton will be available for South Georgia’s contest against Union Omaha on October 3.

Due to the postponement of September 19’s contest between Orlando City B and the Richmond Kickers, Orlando’s Franklin Carabali will now serve his one-game suspension following a red card for two cautionable offenses against Fort Lauderdale CF on September 12 when his side faces the New England Revolution II this Saturday.