Chattanooga Finding Rhythm Ahead of Top of the Table Clash 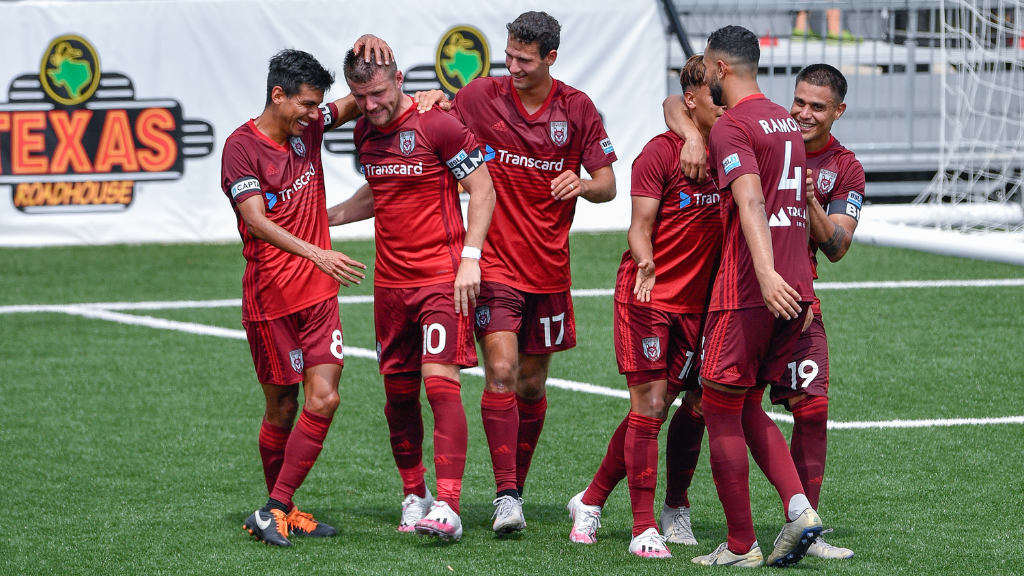 If you’re a Chattanooga Red Wolves fan, the timing of Saturday’s run-in with league leaders Greenville Triumph SC couldn’t be better. Head Coach Jimmy Obleda’s side is riding a three-game winning streak and a five-game unbeaten run into the top of the table clash. The recent run of form, which has vaulted the side into second place in the League One standings, has sent a wave of positivity through the entire squad.

“This game was huge for us,” said midfielder Tanner Dieterich of Chattanooga’s 2-0 win over then second-place Union Omaha on Tuesday afternoon. “This is our third win in a row and for us it's a great win on our home field. Every game we have played here we have been the better team, and early in the season we didn't get the results we wanted but now we are getting the results and we will keep going.”

The Red Wolves are 4-1-0 in the newly opened CHI Memorial Stadium, with the lone loss coming in mid-August to South Georgia Tormenta FC. Back-to-back wins over the Richmond Kickers and Union Omaha have made the loss to Tormenta FC feel like a distant memory.

“The whole group is coming together and finding our identity and winning games,” said Dieterich. “A ton of guys are stepping up right now. We have seven separate goalscorers here and that's so important when we have so many games in a short time."

After Greg Hurst carried the Red Wolves’ attack through the first few weeks of the season, several players, including Dieterich, have stepped up recently to help the side earn key results. Another player who deserves a lot of credit for Chattanooga’s recent run of form is Marky Hernandez, who has two goals and three assists in his last three matches.

“It's just one of those things where when Marky Hernandez gets the ball, you just have to find open space and you will probably get the goal,” said Dieterich. “Marky gets a lot of attention so when you find open space, he will get you the ball.”

Chattanooga leads the league in goals scored (17) and assists (15), and with seven goalscorers, has one of the most balanced attacks in the league. The Red Wolves have scored 11 goals in their last five matches, but they’ll face a stern challenge on Saturday when they come up against the league’s best defense and the only team to shut them out this season.

Triumph SC has kept six clean sheets in ten matches, conceding just six goals. Goalkeeper Dallas Jaye is leading the race for the Golden Glove behind a back four that has limited opponents to 7.6 chances created per game. Head Coach John Harkes’ side will offer Chattanooga its toughest test at home yet.

If the Red Wolves can find a way through the Triumph defense and earn a fourth consecutive victory on Saturday afternoon, it will make the race to the League One Final that much more interesting. If Greenville earns a road victory and sweeps the season series between the two sides, it will extend its lead at the top of the table to seven points with five matches left to play.