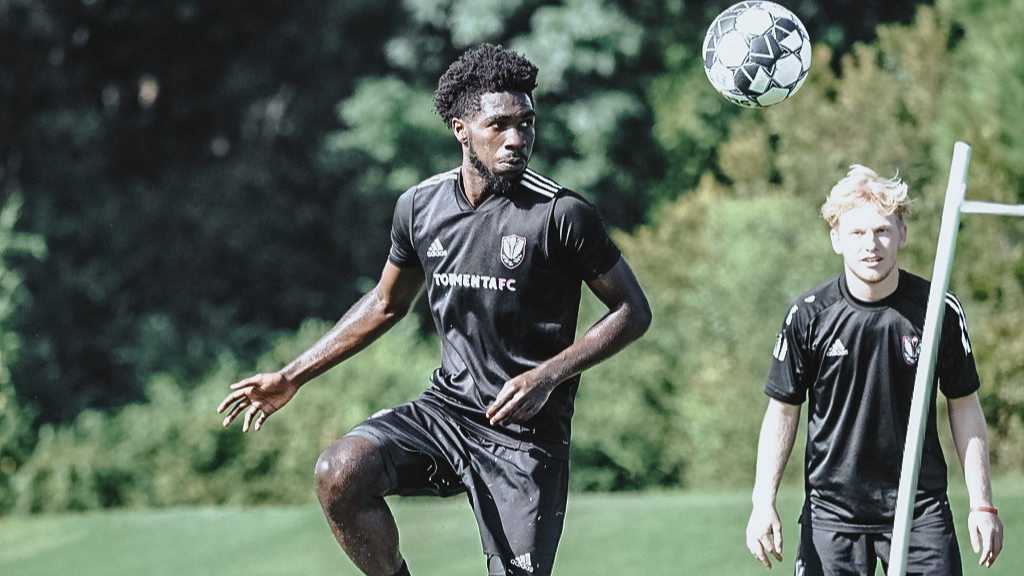 Prior to signing with Tormenta FC, Akinlosotu played collegiately at George Mason University, where he captained the side, scored 13 goals and tallied 12 assists in 59 matches played. During his time in college, Akinlosotu played for The Villages in USL League Two and FC Baltimore Christos in the NPSL.

“He is a quick attacking player that can play in multiple positions,” said Tormenta FC Head Coach John Miglarese of Akinlosotu. “We hope to see him feature in our front-line rotations and improve our goal-scoring threat."

Akinlosotu joins Tormenta FC on his first professional contract. He’ll look to help the side move up the standings in the second half of the season and clinch a place in the USL League One Final.

“Playing professional soccer has always been my dream, and by the grace god, I am happy to be signing my first professional contract,” Akinlosotu said. “I cannot wait to get out on the field and give all Tormenta fans a reason to cheer.”