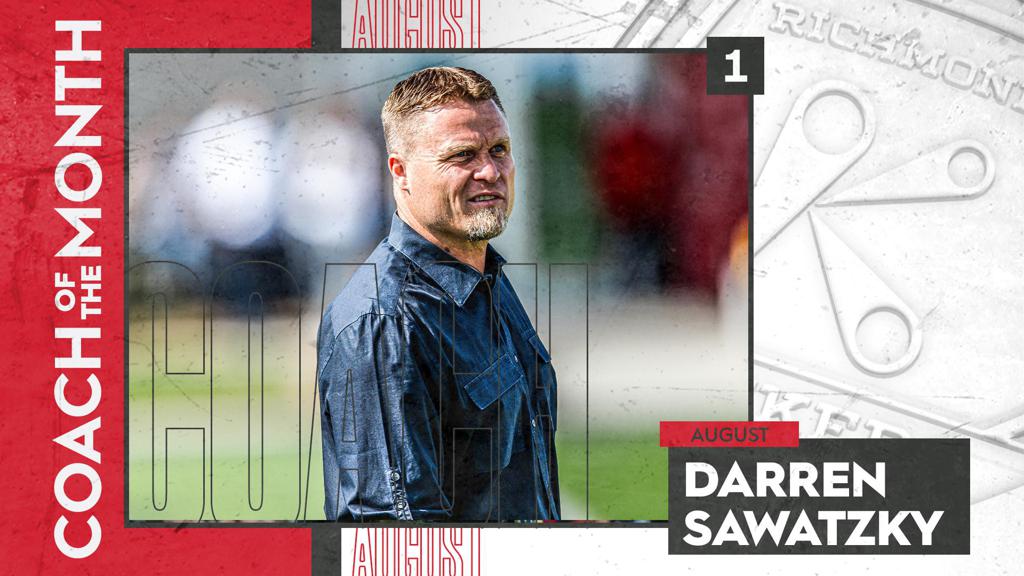 The Richmond Kickers' Darren Sawatzky led his side to four consecutive victories in August, including two against current top-four sides in League One.

TAMPA, Fla. – The Richmond Kickers’ Darren Sawatzky has been named USL League One’s Coach of the Month for August after his side won all four of its outings in the month, propelling the side to a top-two position in the League One standings.

The Kickers’ run through the month included victories against two other current members of the top four in League One, defeating fourth-placed Forward Madison FC 1-0 on August 8 and then rounding out the month with a 2-1 victory against league-leaders Greenville Triumph SC. The side scored seven goals in its four outings as the side grew impressively in Sawatzky’s first year at the helm at City Stadium.

“We appreciate the recognition as a staff here; our league is very competitive,” said Sawatzky. “We expect every game to be difficult and we prepare for each game knowing it will be a battle. Mika Elovaara and Riley Wichman have been key, and the players have put in a lot of work. We are all happy to work for a supportive ownership group and front office staff.”

The Head Coach at FC Tucson in League One’s inaugural season, Sawatzky was hired by the Kickers this offseason to try and provide a return to the club’s successful past. The side is now undefeated in its past six games overall after a 2-2 draw on the road against Tucson last Saturday, and has two games in hand to try and bridge its current five-point deficit to Greenville in the standings as the league reaches the midway point of its regular season campaign.

“We all feel that the group is cohesive and bought in,” said Sawatzky. “The second half of this season will be fast and intense, so continuity will be important. We are proud of the guys but there are a lot of games to play still.”

Sawatzky was selected as League One’s Coach of the Month by the USL League One Technical Committee.