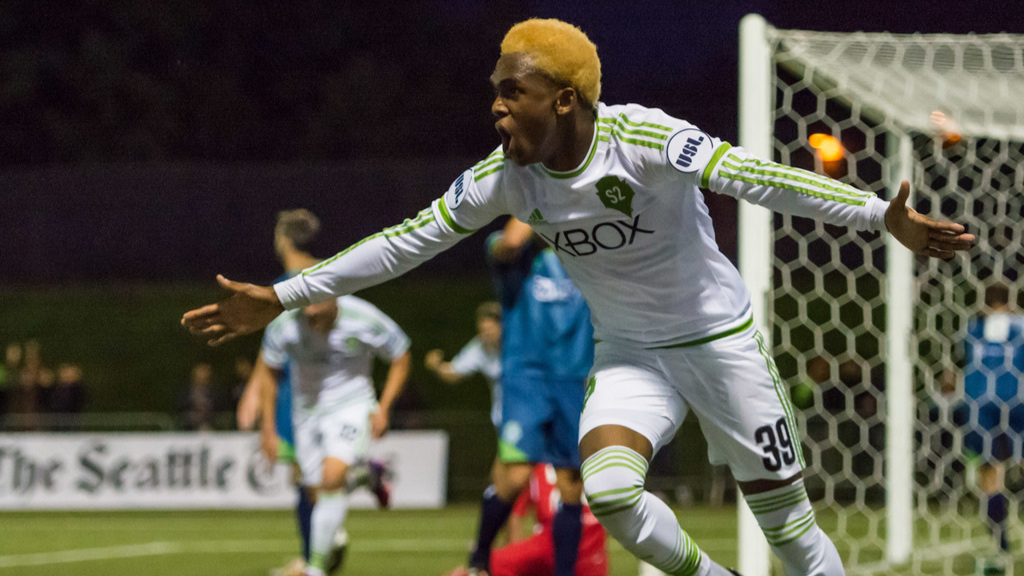 The Richmond Kickers have signed forward Oalex Anderson for the 2020 season, the club announced Monday morning.

Prior to joining the Kickers, Anderson was a member of the Seattle Sounders organization. The 24-year-old attacker was a part of Seattle’s MLS Cup winning side in 2016, appearing in 15 matches during the regular season. During his time in Seattle, Anderson also played for the Sounders’ USL Championship team, scoring four goals in 16 appearances.

"Oalex is a dynamic attacking player with the ability to score goals,” said Kickers Head Coach and Sporting Director Darren Sawatzky. “He was a great professional in Seattle and you could see his ability in big games. We are looking forward to adding him to the attacking pieces here for the future."

Anderson brings international experience to the Kickers’ roster. Since making his debut in 2014, Anderson has earned 24 caps and scored 12 goals for the Saint Vincent and Grenadines National Team.

"I am thrilled to come back to the USA to continue on with my football career,” said Anderson. “I've known Coach Sawatzky from our time in Seattle and am honored to come and play for him. Richmond is a fantastic city and I look forward to my arrival, meeting my teammates, getting to work and ultimately scoring goals and winning trophies for the city and fans!"