USL League One Team of the Week – Week 7

TAMPA, Fla. – USL League One announced the Team of the Week Presented by Cleer Audio for Week 7 of the 2020 regular season on Tuesday, with Chattanooga Red Wolves SC’s Marky Hernandez claiming Player of the Week honors after he led his side to a 4-0 victory against the New England Revolution II on Saturday afternoon at CHI Memorial Stadium.

Hernandez scored a pair of goals to lead the Red Wolves to a bounce-back victory while also completing 11 of 12 passes overall. Chattanooga’s victory moves it into sixth place in the League One standings as the side claimed its second win overall of the campaign. 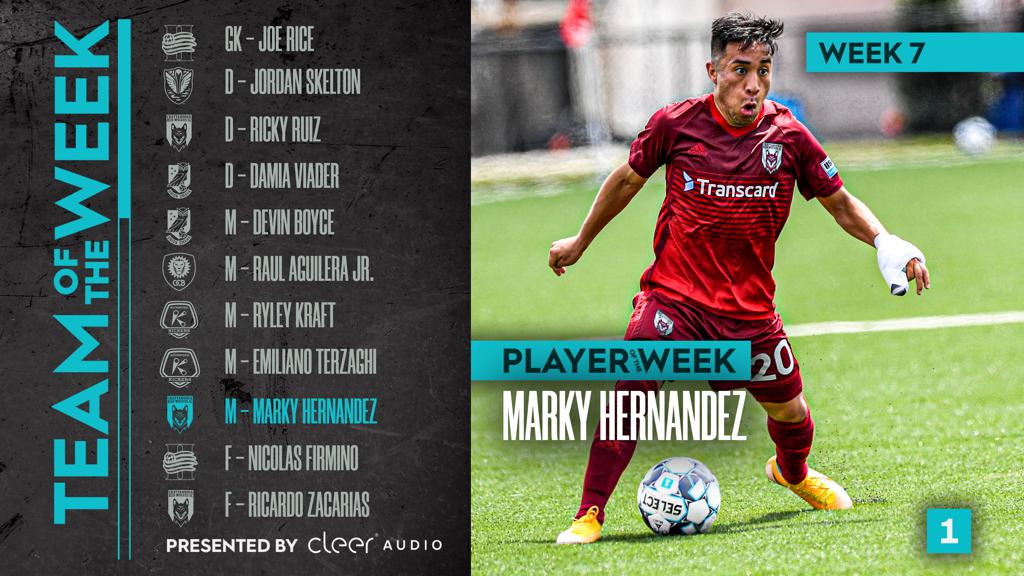 D – Damia Viader, Union Omaha: Viader won 9 of 13 duels and made nine recoveries and two interceptions while winning 4 of 5 tackles to help Omaha earn a 2-1 victory against FC Tucson on Saturday night.

M – Devin Boyce, Union Omaha: Boyce scored once and completed 22 of 25 passes and won 2 of 3 tackles for Los Buhos as they maintained their undefeated record with a 2-1 win against FC Tucson.

M – Ryley Kraft, Richmond Kickers: Kraft scored what proved to be the game-winning goal and also completed `12 of 16 passes and won 3 of 5 duels to help the Kickers claim a 2-1 victory against Greenville Triumph SC.