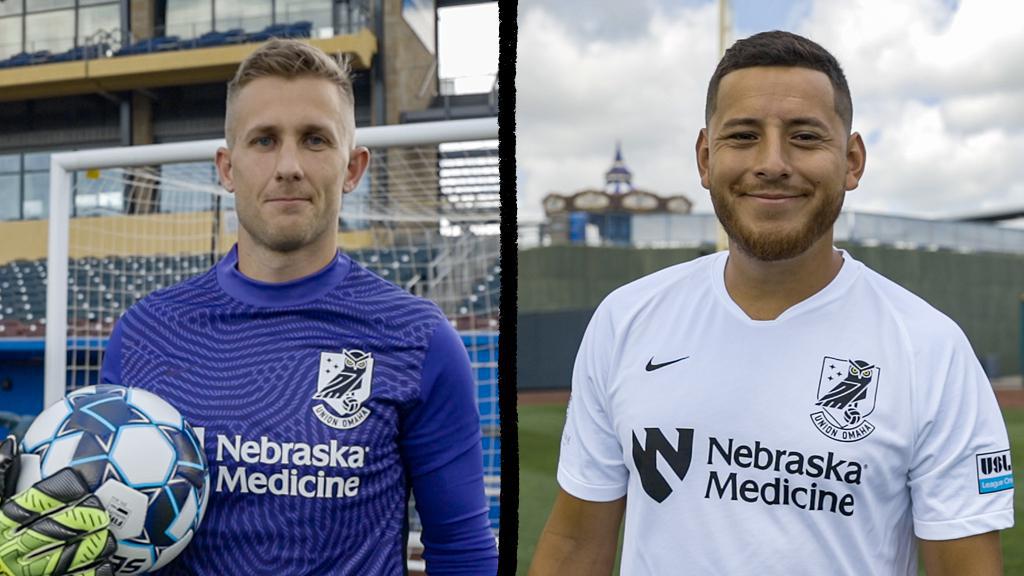 Local products Manuel Lira and Biran Holt have signed with Union Omaha for the 2020 season, the club announced prior to its 1-1 draw with Forward Madison FC Wednesday night. A limited capacity crowd in attendance at Werner Park witnessed the club’s first-ever live player announcement.

Lira completed his collegiate career at Bellevue University after graduating from Omaha South High School in 2010. The midfielder played in 66 matches during his four seasons at Bellevue, scoring 18 goals and tallying 11 career assists while earning several all-conference honors. Following his time as a Bruin, Lira competed in the local Latino leagues in Omaha with clubs including Chivitas, Viva FC and Nebraska FC.

“Manny is one of the toughest players I have had the pleasure to coach,” said Head Coach, Jay Mims. “He never backs down; and having someone like that in training every day is such a great asset to our team.”

Holt also played with Reading United in USL League Two following his senior year at Creighton University, where he became one of the most decorated players in Bluejay history. In addition to being named as a NSCAA First-Team All-America selection in 2011, Holt finished his four-year career with a 0.62 GAA and led the NCAA with a 92.3 save percentage in his senior season.

“Brian defines what I look for in a player,” said Mims. “He is extremely competitive, incredibly disciplined, and highly motivated to succeed at whatever he does. Brian simply shines in tough moments; all these traits are hard to find and do not necessarily come together. We look forward to having Brian’s high character and experience within our club.”