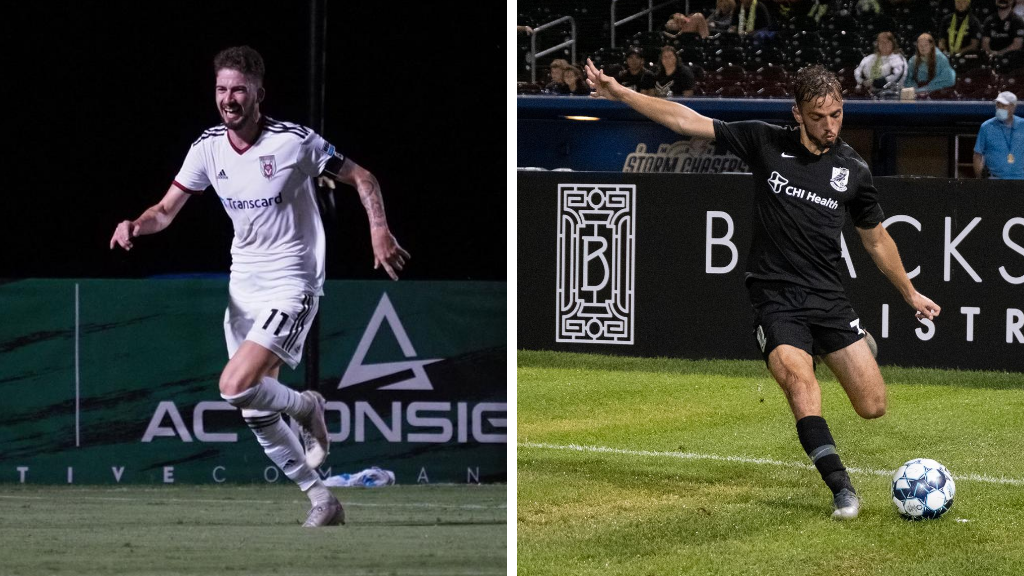 Chattanooga and Omaha are two of the three unbeaten sides remaining.

Week 5 of the USL League One season kicks off Wednesday afternoon with a marquee match-up as third-place Chattanooga Red Wolves SC hosts second-place Union Omaha at CHI Memorial Stadium. Both sides carry unbeaten records into the midweek clash, which could prove decisive come October. Here are three things to watch:

Greg Hurst has gotten off to a blistering start in the 2020 season, scoring four goals in his first three matches. After adding an assist on Marky Hernandez’s late equalizer last Saturday in the club’s 2-2 draw with North Texas SC, Hurst has now scored six goals and tallied two assists in his last seven League One matches dating back to last season.

Omaha’s back four will need to keep a close eye on Hurst, but even then, it might not matter. The Scottish striker has been extremely efficient through his first three matches, scoring his four goals on just six shots, all of which hit the target. Hurst has proven during his short time in the league that if he gets a clean look at goal, he’ll make defenses pay. If Hurst can find the back of the net against Los Buhos, he’ll tie Ronaldo Damus and Jordan Jones for the League One record for consecutive matches with a goal at four.

Despite coming from vastly different backgrounds, Head Coaches Jay Mims of Omaha and Jimmy Obleda of Chattanooga have deployed similar tactics through the first four weeks of the League One season. Both first-time professional coaches have relied on their outside backs and wingers to create much of what their sides have produced in the attacking third.

For Chattanooga, expect to see left back Ricky Ruiz and whoever is slotted in at right back – Jonathan Ricketts was Obleda’s first-choice right back but suffered an injury against FC Tucson and was replaced by Jason Ramos against North Texas – moving forward into the attack with regularity. While Ruiz will certainly be involved, the Red Wolves have shown a propensity to attack down the right flank more often than the left through their first three games, which sets the stage for a fascinating match-up between Chattanooga’s flank players and Omaha’s left back Damia Viader, who also likes to get forward.

Viader has created the second-most chances in League One while playing two fewer matches than league leader Marco Micaletto. He and winger Evan Conway have caused problems for the right side of opposing defenses through the first quarter of the season, but he may have his hands full dealing with Chattanooga’s wide players Wednesday afternoon which may limit his ability to get into the attack. If Viader is forced to sit back, Mims and Omaha have plenty of other options going forward, including on the other flank where reigning League One Player of the Week Ethan Vanacore-Decker and right back Luke Hauswirth combined for Union’s goals against FC Tucson.

The winner of this match may be determined by which side is able to force the opposing side’s outside backs to sit back, limiting their ability to join the attack.

There have been 12 goals scored in matches involving Union and the Red Wolves so far this season and 10 have come in the second half. Both sides have conceded in stoppage time and both have scored in the final 15 minutes to rescue points.

Whether due to the players taking 45 minutes to find their footing or halftime adjustments – Mims and Obleda will surely point to the latter – Los Buhos and the Red Wolves have been much better in the attacking third in the second half of matches than the first. If the first four weeks of League One action have taught us anything, it’s that it’s not over ‘til it’s over. Wednesday’s match is one you’ll want to watch until the end, regardless of scoreline.