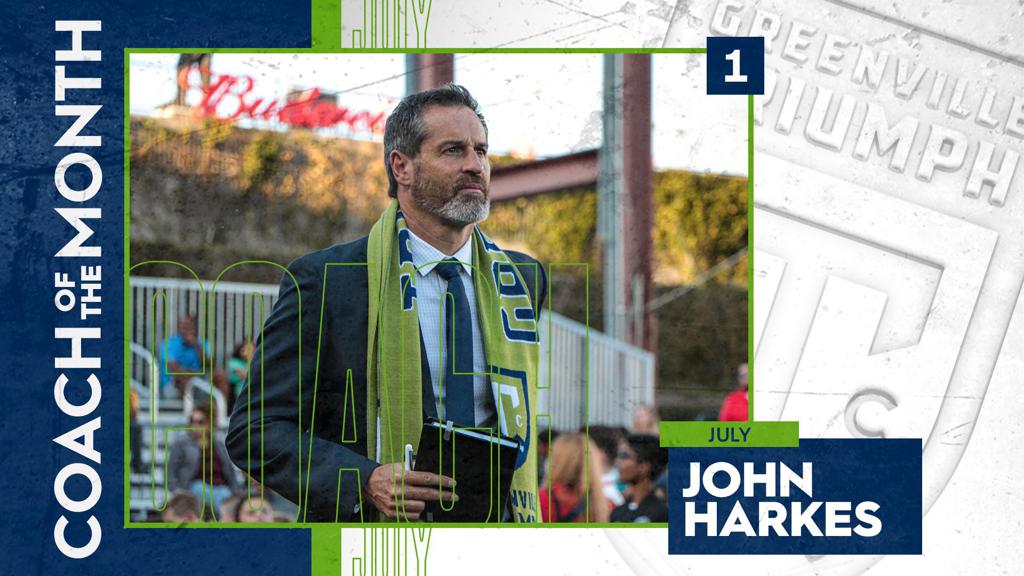 TAMPA, Fla. – Greenville Triumph SC’s John Harkes has been named USL League One’s Coach of the Month for July after his side compiled an undefeated start to the season that placed it on top of the league standings after its first three weeks.

A 2019 League One Coach of the Year Finalist, Harkes paid tribute to the attitude his side has shown to come out of the gate in fine style.

“When we are together as a club, we care about the player and we care about the family,” said Harkes. “So, it’s mostly about being positive. How can we go day to day without allowing things to get us down? When guys are traveling, wearing gloves, wearing masks constantly, there are challenges. Lots of challenges. And when you go through that adversity, you see character rise through. We’ve had some players really step up and show great character and leadership.”

Having led Triumph SC to the League One Final in its inaugural campaign, Harkes’ side began its second season in strong form. Victories against Fort Lauderdale CF and the Richmond Kickers were followed by a draw against fellow 2019 postseason side Forward Madison FC to give Greenville a lead it still currently holds over its rivals in the league standings.

Harkes was selected as League One’s Coach of the Month by the USL League One Technical Committee.