MURRAY: Moon, Antley Are Showing Pathway for League One Talent 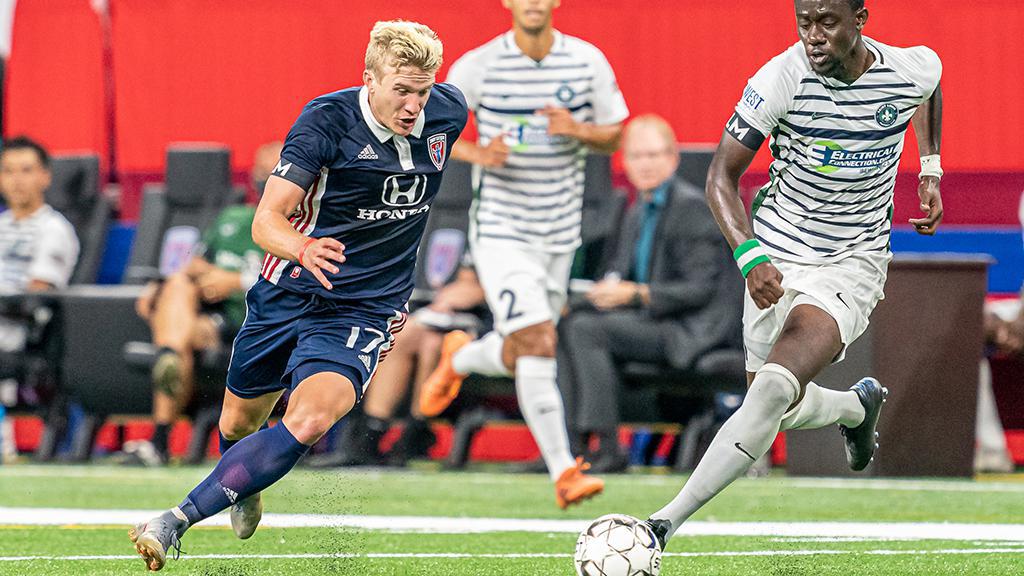 INDIANAPOLIS – Indy Eleven was one of the clubs in the USL Championship that went prospecting for talent in USL League One this past offseason, paying a transfer fee to South Georgia Tormenta FC for Conner Antley and adding fellow All League selection Nick Moon to its squad.

So far, the dividends are paying off handsomely.

In two starts, Moon has already logged two assists and seven key passes for the Eastern Conference leader, and would have found his first goal in the Championship if not for a remarkable display from Sporting Kansas City II’s Brooks Thompson in goal last Saturday night.

Antley, meanwhile, had the pressure of coming in to replace one of the key cogs in the Eleven’s machine on Saturday when All-League selection Ayoze went down with an early injury. All the 2019 League One Defender of the Year did was step in and step up. Antley recorded two shots and two chances created in attack and won 11 of 13 duels and five tackles defensively in an eye-catching display.

“Conner had to come on early in the game and I thought he settled in instantly and played well right away,” said Indy Head Coach Martin Rennie. “I think he had a really good game tonight and did a great job.” 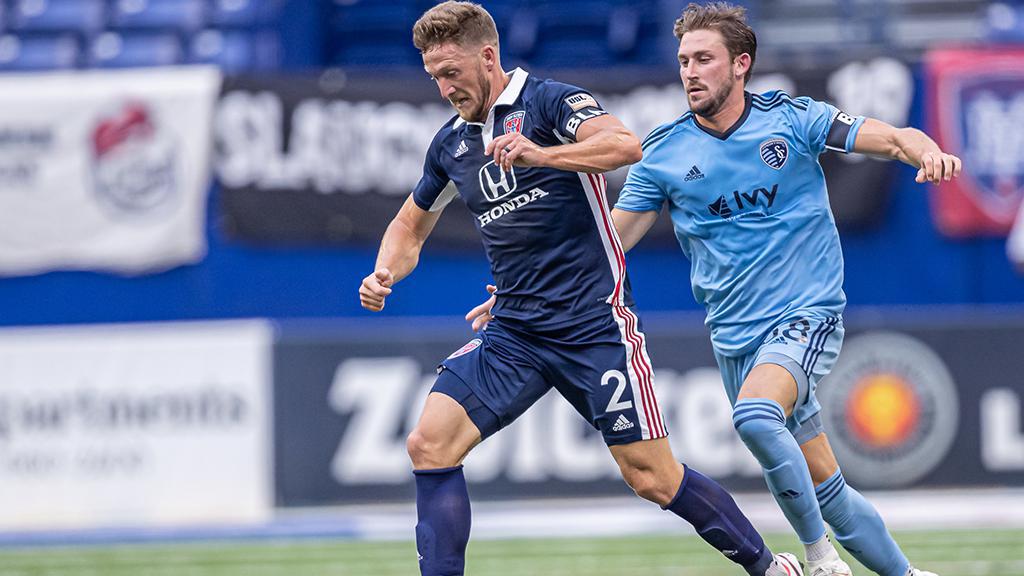 2019 League One Defender of the Year Conner Antley had big shoes to fill on Saturday, but came through with a stellar Championship debut for Indy Eleven. | Photo courtesy Trevor Ruszkowski / Indy Eleven

If there’s proof to the concept that there’s talent to be mined for Championship clubs in League One, then Indy is well on the way. Moon’s performances having been converted to a forward position after playing a more defensive role for Lansing Ignite FC have drawn the attention of opposing coaches. Among those is Pittsburgh Riverhounds SC Head Coach Bob Lilley, whose side will host the Eleven in a must-see game on ESPN2 on Wednesday night at Highmark Stadium.

“I’m going to give a lot of props [to Nick Moon], because the little bit of tape I’ve seen on Indy, he’s super-fast too, and for a rookie I am very, very impressed,” said Lilley on Monday. “[Indy Coach Martin] Rennie has changed him from a wide player when he played last year in League One, he’s playing up top with Pasher, and they both are quick, they both make good runs, they’re super-mobile, they read things early, they’re dangerous.”

The addition of Moon and Antley to an already-strong Eleven squad has put Indy squarely among the deepest sides in the Championship and one of the clear contenders in this year’s sprint to the title. Wednesday night should be another litmus for both players, with Antley in line to start if Ayoze hasn’t recovered from his knock against SKC II.

The energy the newcomers to the squad have brought – which also include the talents of Andrew Carleton on loan from Atlanta United FC and Cam Lindley’s return to his home state – has been a boost to the veterans on the squad as well.

“We brought in some new lads, younger, fresher, hungrier and it’s nice to play with them,” said Indy captain Paddy Barrett. “I think that’s the biggest difference between the group from this year to last year. I think [last year] we were probably a little more experienced, but this year we’re hungrier and the younger lads that are coming in are hungry, their work ethic is through the roof. It’s great to see and it’s great to be a part of.”

For the young talent in League One this season, that’s a clear message to take into the league’s own sprint to a title.

The big clubs are watching, go get their attention.