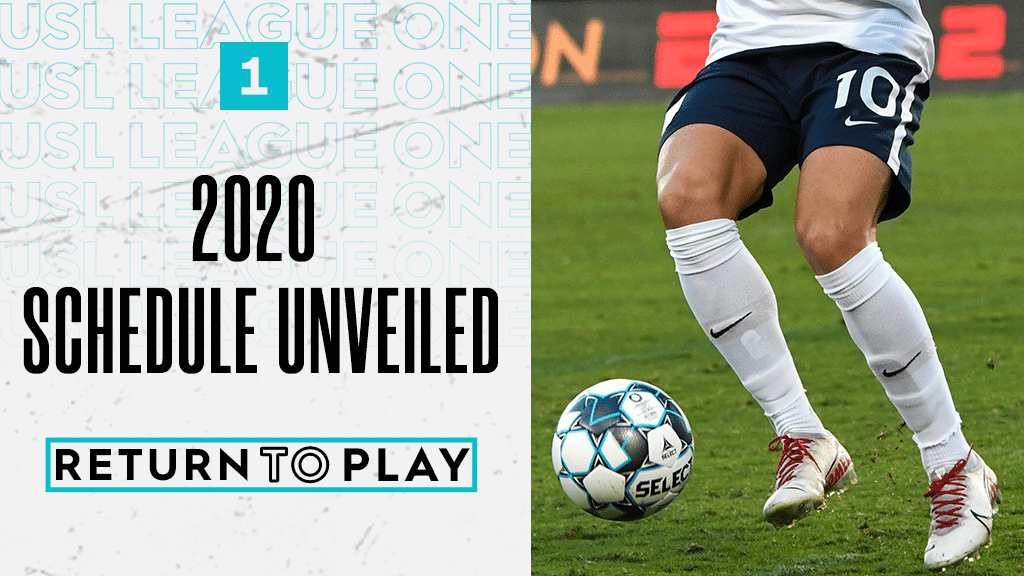 TAMPA, Fla. – USL League One announced today its full schedule for the 2020 season, which will see the league’s 11 teams compete over the next 15 weeks for a place in the 2020 League One Final.

In a change approved by the League One Board of Governors this week, the regular-season schedule will now see each team play a total of 16 regular season games, with each club set to face every other team at least once over the course of the schedule. The top two teams in the regular season will advance to the 2020 League One Final, which will be played the weekend following the conclusion of the regular season.

Following the opening two weekends of the season, the schedule gets into full swing in August. Among the big games is the opening of Chattanooga Red Wolves SC’s CHI Memorial Stadium on August 1 as FC Tucson visits Tennessee. Tucson will also be in the center of another notable matchup on August 15 when it heads to visit former Head Coach Darren Sawatzky and the Richmond Kickers at City Stadium.

The first meeting between Midwestern clubs Union Omaha and Forward Madison FC is slated for Omaha’s Werner Park for a Wednesday night clash on August 19, while a potentially important battle in the race for the playoffs will see Tormenta FC visit Chattanooga Red Wolves SC on August 22 at CHI Memorial Stadium the following weekend.

September is highlighted by the lone rematch during the regular season of the 2019 League One Final on September 25 as Greenville Triumph SC plays host to defending title-holder North Texas SC at Legacy Early College. The month also sees Orlando City B make its first trip to Fort Lauderdale for the second meeting between League One’s new Florida rivals on September 12, and FC Tucson host Forward Madison FC in what could be a key contest on the road to the playoffs on September 22.

The final month of the season also brings some high-profile matchups. October opens with the New England Revolution II’s trip to face the Richmond Kickers on October 3, a game that will see Revolution II Head Coach Clint Peay return to the city where he served as the University of Richmond’s Head Coach earlier in his career.

The penultimate weekend of the season brings together two sides that sat either side of the playoff line a year ago when Chattanooga Red Wolves SC hosts Forward Madison FC for its home finale. FC Tucson finishes its regular season a week early when it hosts Orlando City B at the Kino Sports Complex on October 17.

League One’s other 10 teams will square off on Saturday, October 24 as the final day of the regular season brings matchups between North Texas SC and South Georgia Tormenta FC at Globe Life Park, the Richmond Kickers and Chattanooga Red Wolves SC at City Stadium, and Union Omaha and Fort Lauderdale CF at Werner Park.

Every game of the 2020 League One season can be viewed in the United States on ESPN+, with international viewers able to take in all the action on YouTube. For a complete schedule, visit www.uslleagueone.com.