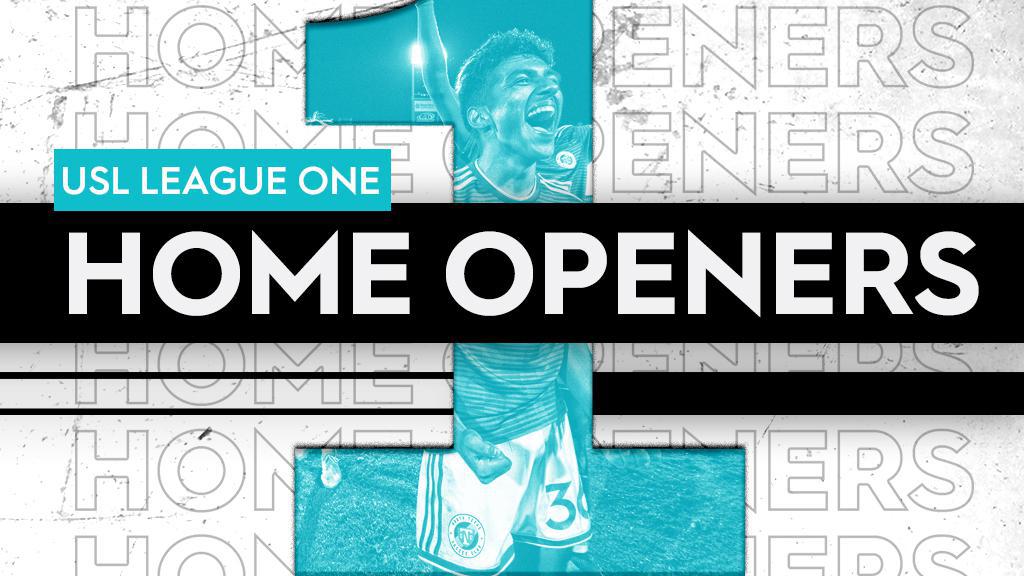 Omaha will kick off its inaugural season on Saturday, July 25 as it visits fellow expansion side New England Revolution II at Gillette Stadium. A week later, Omaha Head Coach Jay Mims’ side returns home to host the defending League One champion North Texas SC, which should offer a good litmus test for the expansion club.

The newest soccer-specific venue in League One will also open on Saturday, August 1 as the Red Wolves look to open CHI Memorial Stadium with victory against FC Tucson. Chattanooga boasted one of the best home records in the league in 2019, losing only once, and will be eager to make its mark at its permanent home.

Prior to its trip to Omaha, North Texas SC will kick off its title defense with a rematch from the 2019 League One Playoffs on Saturday, July 25 as Forward Madison FC visits for NTSC’s first game at its new home of Globe Life Park. The Flamingos will then face the League One Finalist Greenville Triumph SC six days later in their first game at Hart Park Friday, July 31.

Other notable openers include a meeting of regional rivals Greenville Triumph SC and the Richmond Kickers at  Legacy Early College in Greenville on Saturday, July 25, while FC Tucson’s new-look side will host Union Omaha at the Kino Sports Complex on Saturday, August 8.

The Richmond Kickers will host their 28th home opener on Saturday, August 1 with a visit from Fort Lauderdale CF. The South Florida newcomers will also be the visitor in a meeting between League One’s two Florida clubs when Orlando City B plays host to Fort Lauderdale CF at Osceola Heritage Park in the first game at OCB’s new home on Friday, August 14.

Today’s announcement follows that of the opening games of the 2020 League One season, which kicks off this Saturday as South Georgia Tormenta FC plays host to the Richmond Kickers at Erk Russell Park, and Fort Lauderdale CF hosts Greenville Triumph SC at Inter Miami CF Stadium.

Every game of the 2020 League One season will be aired on ESPN+, with a complete schedule to be announced on Friday.