Could the Premier League be Coming to Statesboro? 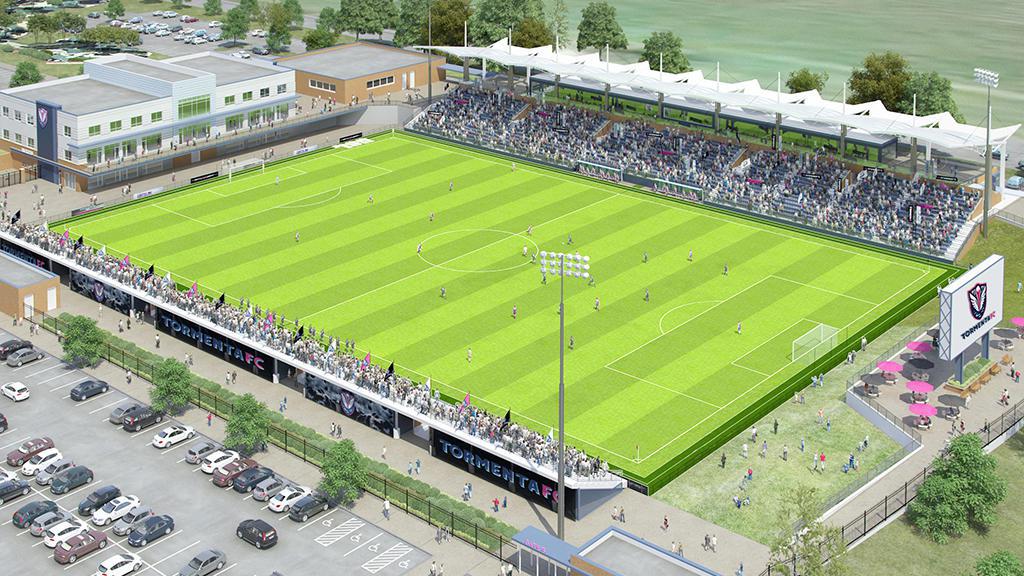 South Georgia Tormenta FC's new stadium is scheduled to be completed in 2021, and is set to allow the club to host top clubs from overseas in future seasons.

STATESBORO, Ga. – Could South Georgia Tormenta FC soon be playing host to teams from the Premier League or La Liga?

According to Co-Owner and President Darin Van Tassell, it’s almost certain, thanks to the club’s new 5,300-seat stadium. Scheduled to open in 2021, the venue will provide an ideal venue for top European clubs making preseason tours to the United States.

“Just the names are mind-blowing,” said Van Tassell. “We’ve worked hard to develop those connections. A lot of those were formed through some of the contacts in baseball, but quite frankly, I’m so honored that it’s not just Statesboro and Savannah and South Georgia and the Low Country who are paying attention to us, but we’ve got the attention of those teams in Europe who want to be showcased, and they want to help us grow our piece too.”

The United States has been a popular destination for clubs from Europe to visit during preseason training, with USL Championship and League One clubs having played host to notable names from the leagues considered among the Big Five in Europe. Last year, Forward Madison FC played host to the Bundesliga’s Hertha Berlin before a stadium-record crowd of 4,731 fans at Breese Stevens Field.