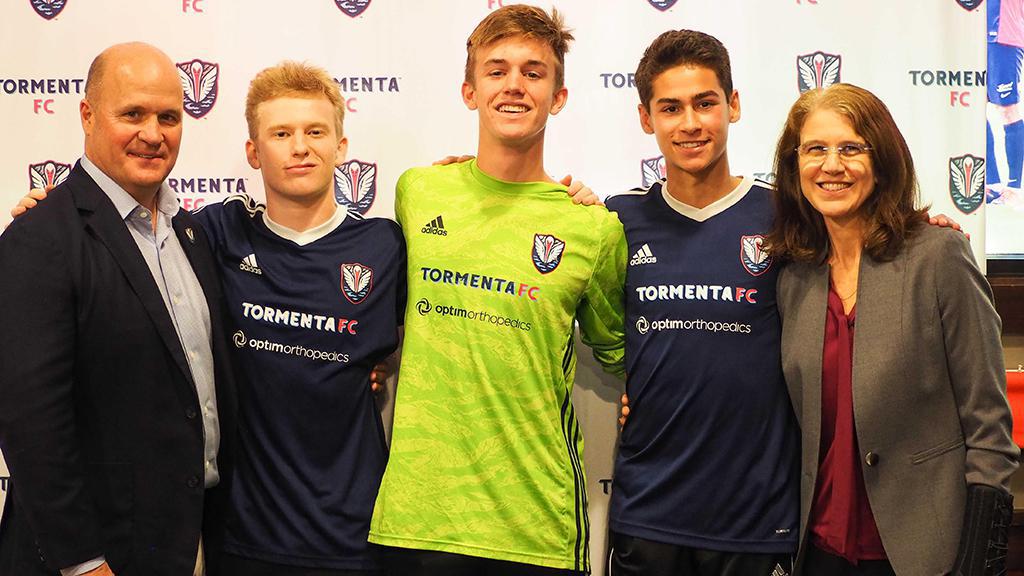 STATESBORO, Ga. – Leaders at USL League One club South Georgia Tormenta FC are eagerly anticipating the arrival of the USL Academy League next spring, which they believe will enhance the work the club has already done to provide high-level opportunities for players within its academy system.

“Chasing your professional dreams as an academy player at Tormenta FC is now within reach as the USL Academy League creates a seamless transition from youth to professional soccer,” said Brad Nein, Director of Soccer Operations for Tormenta FC Academy. “Our top prospects between U15 and U19 will be moved into a pre-professional development environment and be driven to compete against other USL franchises within our region.”

Now in its fifth season overall, having played previously in USL League Two before joining the professional ranks last year, player development has been at the center of Tormenta FC’s philosophy. Earlier this year that was on display when the club announced it had signed Tristan DeLoach, Grant Hampton and Stephen O’Hearn to USL Academy contracts for the upcoming League One season.

The aim now is to have more players follow in that trio’s footsteps with the potential that further down the line it will result in the first player to sign professionally with Tormenta FC’s League One side.

“Players from South Georgia and the Low Country of South Carolina have never had the opportunity to showcase their talents at the highest pre-professional level and we are very excited to compete using this platform,” said Nein. “As our players continue to develop, receive high-level coaching and flourish within the youth to pro pathway, Tormenta FC Academy and its affiliates will be established as the optimum youth soccer experience.”

As the club continues to build on and off the field with the construction of its new stadium complex currently ongoing, the future for soccer players in South Georgia and the surrounding region is becoming even brighter.

“We are thrilled to have this option for high-level competition for our youth players,” said Tormenta FC VP of Player Development and League One Head Coach John Miglarese. “The USL Academy League is the perfect fit for our club and community footprint.”