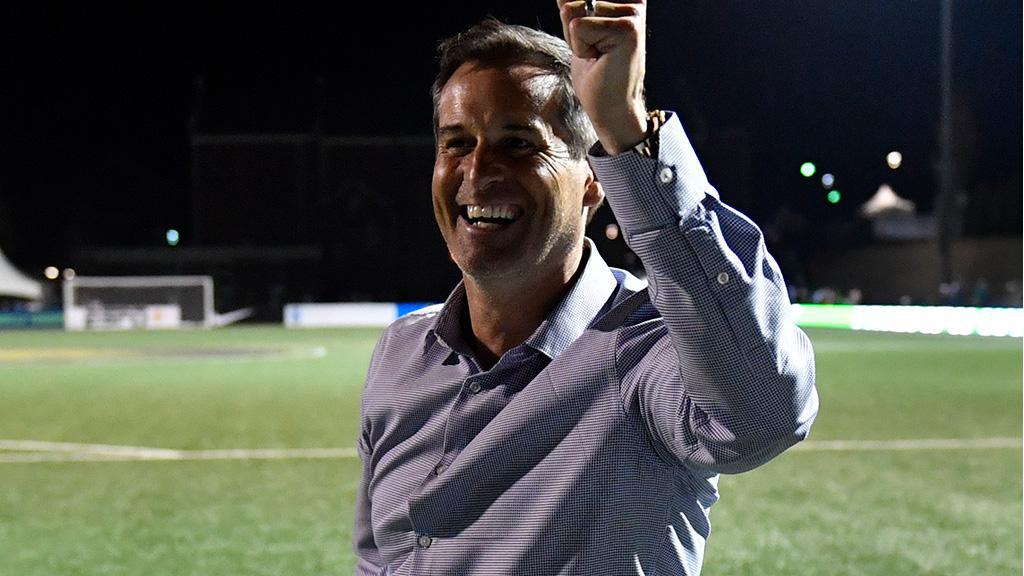 GREENVILLE, S.C. – It’s now remembered fondly – you can even purchase replicas of it online – but when the current Greenville Triumph SC Head Coach John Harkes and his teammates were first shown what would become known as the Denim kit before the 1994 FIFA World Cup, their reaction was slightly different.

“Alan Rothenburg – who at the time was in charge of running the whole World Cup – was introducing that kit to us in front of the team, and when he brought it out, guys' jaws hit the ground,” Harkes told the USL’s Ryan Madden on Instagram Live on Thursday afternoon. “Everyone was kind of shocked, like ‘what is that?’ They couldn’t really tell that it was denim with stars on it. Tab Ramos was cracking up laughing, he was like, ‘I don’t know anybody who could make that jersey look good, come on, what are you doing to us?’” 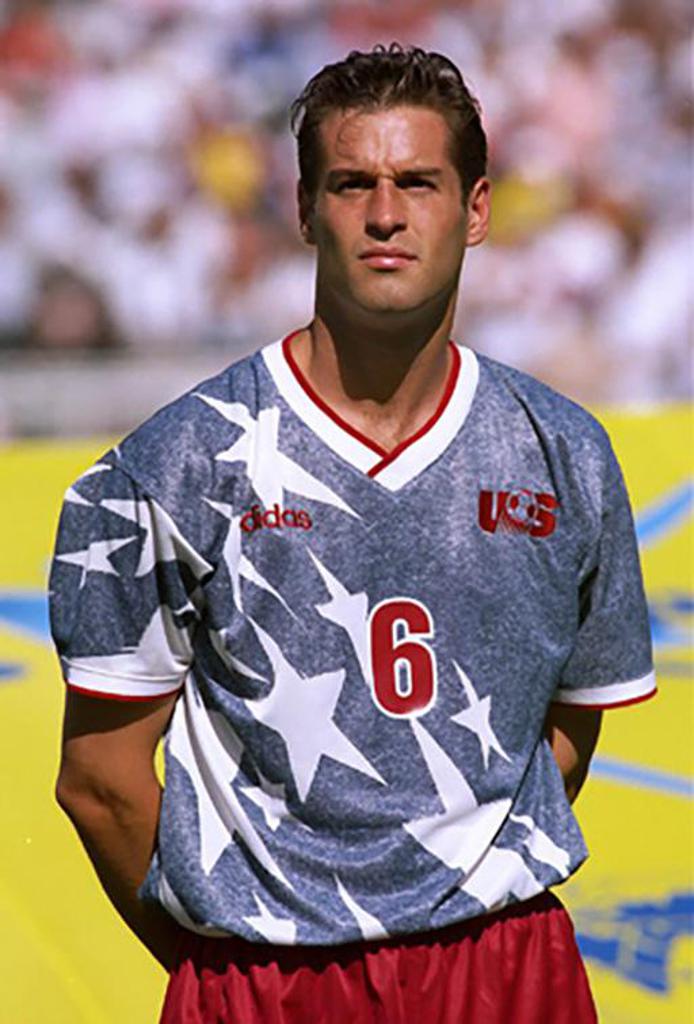 The United States' "Denim Kit" from the 1994 FIFA World Cup has taken a special place in the heart of fans over the years, but the initial reaction from the players wasn't so positive.

Nowadays, it’s iconic. Forever synonymous with one of the true breakthrough moments for modern soccer in the United States. A keepsake that Harkes treasures, framed and hung in his home.

“A lot of people ask me if I still have that jersey, and I do,” Harkes said. “I’ve had a lot of offers for it, but it means too much to me… so I’d like to keep it.”

Life as a professional American soccer player has come a very long way from those days, and very much for the better, too. While Harkes was making a name for himself at clubs like Sheffield Wednesday in the Premier League before returning to join D.C. United at the launch of Major League Soccer, other of his friends were competing and coaching in what was then the United States Interregional Soccer League, which eventually became the USL.

“I can remember the days when I was following my friend Robert McCourt, who coaches at Monmouth University, and Robert was coaching the [New Jersey] Stallions in the old USL league,” said Harkes. “To go from that position years ago – talking about even before Major League Soccer, ’92, ’93, ’94 – coming back and seeing where we are today is just the biggest improvement and advancement in the game.

“Even when I was coaching at FC Cincinnati and we were talking about the USL Championship at that point in ’16 as the fastest-growing Second Division league in the world, it’s amazing to think about that. Then the growth that we’ve seen in USL League One right now is tremendous, and it’s going to continue to grow, and that’s what I think right now the American fanbase is very excited about, that they are able to go in their local communities and support a club that is a pro club that is part of the USL.”

That growth has opened the door to what previously hasn’t existed in the modern era of professional soccer in the United States, with USL President Jake Edwards voicing his support for a promotion and relegation system to be implemented between the Championship and League One when the opportunity arises.

It’s a discussion that Harkes believes should happen as well.

“I think it’s a tremendous question, and I think that the USL – maybe not in the near future, but the second or third year from now, it should be in discussion,” said Harkes. “It would be a perfect kind of inner-box experiment that you can do between the Championship and League One.

“I think it makes every game count. The competition is there, there’s a purpose for it. Now, if the financial stability of each of those clubs is strong, ideally in the leagues around the world they get television money at the end of the year for which position they finish in the table. That doesn’t happen here yet, but if the corporate sponsors can get involved, and from a business and financial structure it’s good, I say let’s go for it. It would be tremendous.”

That may be in the future, but in the present Harkes and the rest of Triumph SC’s leadership is putting its energy into not only ensuring a positive future for the club, but also doing what it can to help others in Greenville deal with the current COVID-19 pandemic. 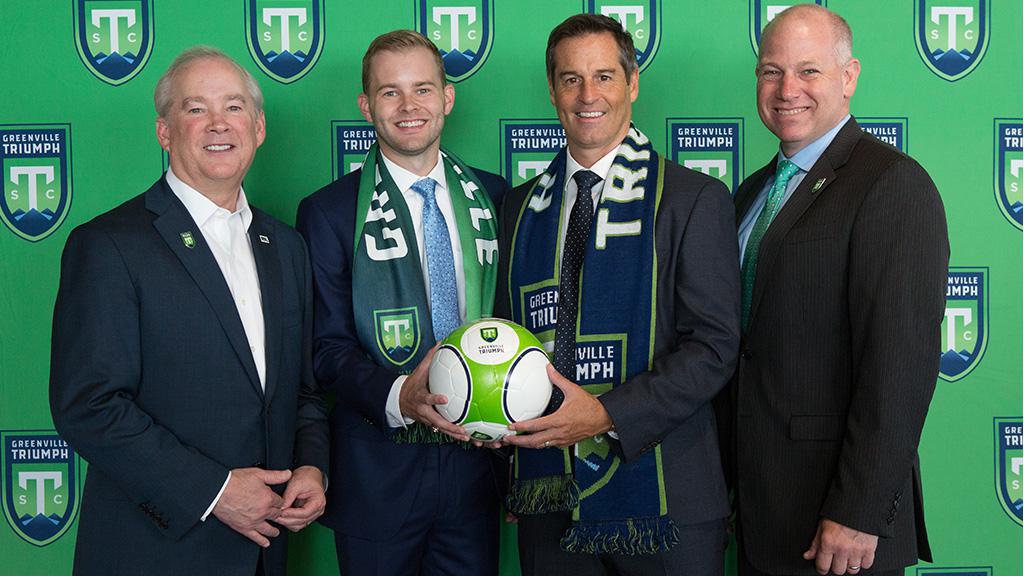 “The club is certainly great, Joe Erwin and his family are great leaders. I do think Chris Lewis, Doug Erwin, all the gang there in the front office, everyone’s doing well to keep their spirits high and keep positive through this process,” said Harkes. “There’s a lot of discussion, a lot of day-to-day that we’re discussing, and also talking about how important it is to be in the community at this time. This is why I took on this job in Greenville, when I first discussed with Joe, I said we have to be a sporting club that is for the community, and he was 100 percent [on board], that was the same ideals he had for the club as well.

“From our perspective, can we do more for the hospitals right now, for the doctors and nurses that are putting themselves on the front lines. Everybody that has contributed to fighting this pandemic and trying to save souls, they’ve done such a great job, so from a club standpoint we want to make sure we’re being responsible and accountable in the community.”