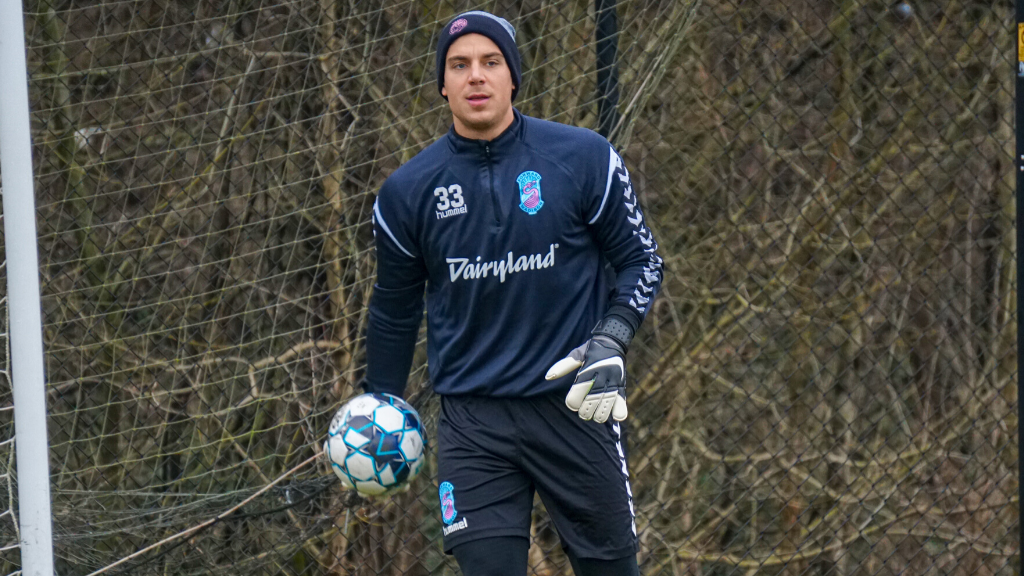 “​Philipp is an experienced goalkeeper who’s played at a good level overseas,” Forward Madison Head Coach and Technical Director Daryl Shore said. “We view Philipp as a number one goalkeeper and we think he is a goalkeeper that will have many bright moments for this club.”

A native of Vienna, Austria, Marceta played at the youth level for FK Austria Wien. During his decade-long career at the senior level, Marcetta played for several clubs in the lower divisions in Austria, Ireland, and Germany.

Marceta was recently on trial with Seattle Sounders FC of Major League Soccer before joining the Flamingos in Madison for preseason. The 27-year-old goalkeeper made a penalty kick save in the first half of Madison’s preseason match against Saint Louis FC last month.

“We brought Philipp in on our preseason trip when we were in Louisville and you could tell right away that he’s a leader in goal,” Shore said. “He’s very good at coming for crosses; we’re comfortable with how he can play with his feet; he’s a solid shot-stopper. He checks every box that you look for in a goalkeeper.”

Marceta will be looking to fill the role vacated by Madison’s former starting goalkeeper Brian Sylvestre, who was transferred to The Miami FC earlier this offseason.

“After my first talk with Daryl, I was sure that this was going to be a great fit,” Marceta said. “I’ve heard that the fans are crazy and nuts - in a positive way, of course - and I’m excited to see them perform on game days.”