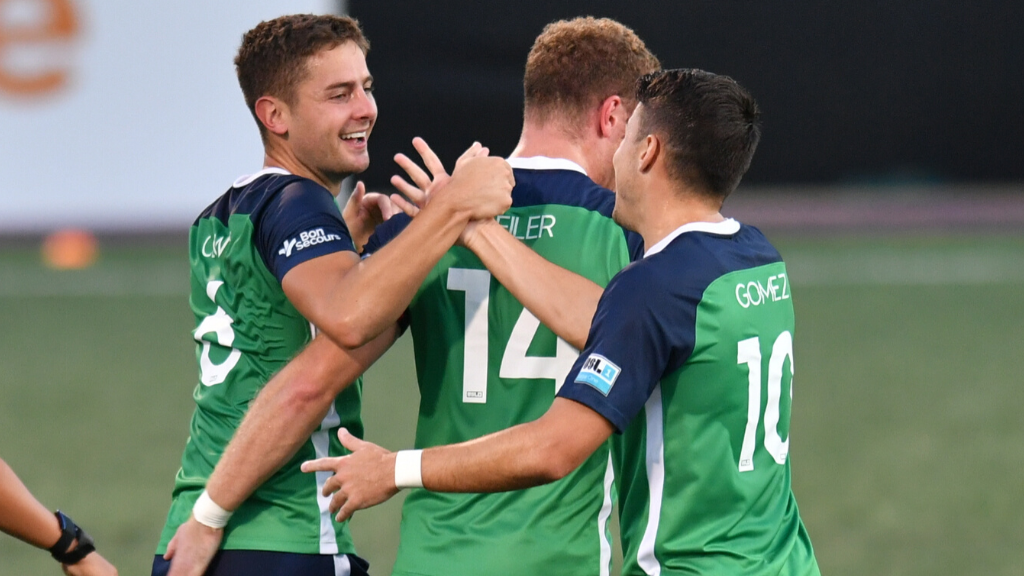 The Triumph rallied after falling behind early in the second half when NCFC midfielder Nazmi Albadawi volleyed home a failed clearance from 15 yards out. Goals from Greenville trialist Noah Pilato and newcomer Alex Morrell helped John Harkes’ side leave North Carolina with a 2-1 victory.

Charleston’s Nique Daley opened the scoring in the 20th minute, but Tormenta FC answered quickly through Nil Vinyals. Vinyals latched on to a loose ball inside the penalty area and slotted a half volley past the Battery goalkeeper to equalize.

Dante Sealy earned and converted a penalty in the 9th minute to help North Texas SC earn a 1-0 win over Sporting KC II on Thursday afternoon at Toyota Soccer Center.

FC Tucson opened its preseason with a 2-0 win over USL Championship side New Mexico United. Shak Adams and Erik Virgen connected in the 80th minute to make it 2-0 and secure victory for FCT.

Paulo Junior opened the scoring in the 6th minute, poking home a JC Banks cross at the near post. The hosts had a chance to equalize from the penalty spot in the dying minutes of the first half, but Madison’s goalkeeper kept out Sam Fink’s attempt.

Saint Louis had another opportunity from the spot in the 81st minute and Russell Cicerone converted it to pull his side level. Cicerone curled a shot in from range in the 90th minute to seal victory for Saint Louis.