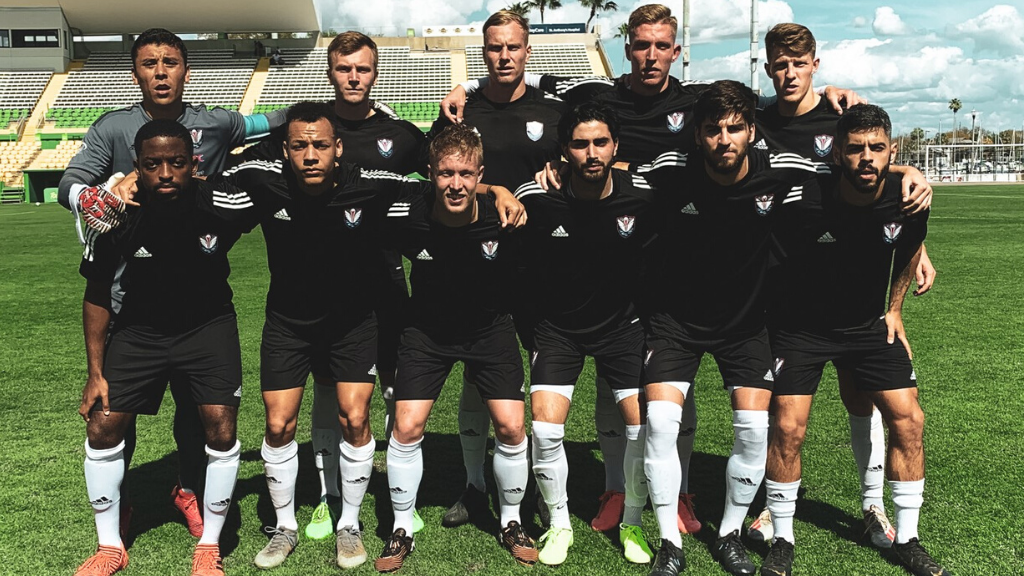 First half goals from rookie Luca Mayr and Marco Micaletto helped Tormenta FC jump out to an early lead. Lucas Coutinho and newcomer Devyn Jambga combined to add a third before halftime.

The Rowdies clawed their way back into the match in the second 45 minutes, scoring from the penalty spot and a corner kick. However, the goals from Lucky Mkosana and Max Lachowecki weren’t enough and Tormenta FC left Tampa Bay with a 3-2 victory.

The title-holders started their preseason on the front foot as North Texas SC defeated El Paso Locomotive, 1-0, Saturday afternoon. Substitute Mauricio Fazio capped off a solid performance by the North Texas side, scoring the game’s only goal in the second half.

“[I’m] super proud of the guys,” North Texas SC Head Coach Eric Quill said postgame. “I mean, it was a game where we have players that are coming in as trialists and coming in to help us out because our numbers are low. [We had] all these walks of life to come together and play well. The physical goal was to make sure we got the guys to the 60-70-minute threshold and if there is quality with it, that is a bonus.”

North Texas controlled much of the match out of the back and in midfield, with returner David Rodriguez and newcomer Anders Engebretsen shining brightest. Engebretsen, who signed with NTSC recently after spending the first part of preseason with FC Dallas, will be an integral piece of the puzzle for Quill’s side in 2020.

Clinical finish from Mauricio Fazio to give us the game-winning goal in the second half! #RunItBack pic.twitter.com/MIVczWjvpu

“Anders was magnificent,” Quill said. “He can run, but with his running, he made good decisions. He was a handful when he played as a winger. He was great playing out of the back, which he doesn’t do. We asked him to do something that was not normal for him and he took it in stride and was still very effective. So, I think this kid is going to surprise a lot of people with how fast he is going to turn heads.”

North Texas takes on another USL Championship opponent on Tuesday when it takes on FC Tulsa.

Ryan Spaulding scored the game's only goal in the 31st minute, curling a free kick past the goalkeeper from just outside the 18-yard box. Spaulding's goal was enough as the hosts locked things down in the second half to secure the club's first win.

Forward Madison FC was one of two League One sides to fall to a Championship club over the weekend, losing 3-1 to Memphis 901 FC in Birmingham Alabama.

Here it is, our first (preseason) goal of 2020 by @jimmy_futbol!pic.twitter.com/Yr5aR0OXRb

After a scoreless first 45 minutes, Brandon Allen and Dan Metzger scored early into the second half to give the 901s a 2-0 lead. Metzger added a third in the 84th minute before J.C. Banks slotted home a penalty to score the Flamingos’ first goal of the preseason just before the final whistle.

“It was a good effort,” Shore said. “We’re still putting names to faces, but at the end of the day, our principle is that we’re starting to lay the foundation.”

Madison will continue its preseason on Tuesday with a match against two-time USL Championship Title-Winners Louisville City FC in Kentucky.

Greenville Triumph SC failed to follow up its impressive victory over the Charleston Battery last weekend with another win over a USL Championship club, falling 2-0 to the Charlotte Independence on Saturday.

Enzo Martinez opened the scoring early for the hosts, slotting the ball home in the 5th minute. A trialist scored the second goal midway through the first half with an assist from Joel Johnson.

"It was a great run out," said Head Coach John Harkes after the match. "You don't always welcome it, but when you get scored on early you want to see what the response is like and how [the players] figure things out for themselves. I think we kind of lifted our game after [the first goal] and competed a bit more."