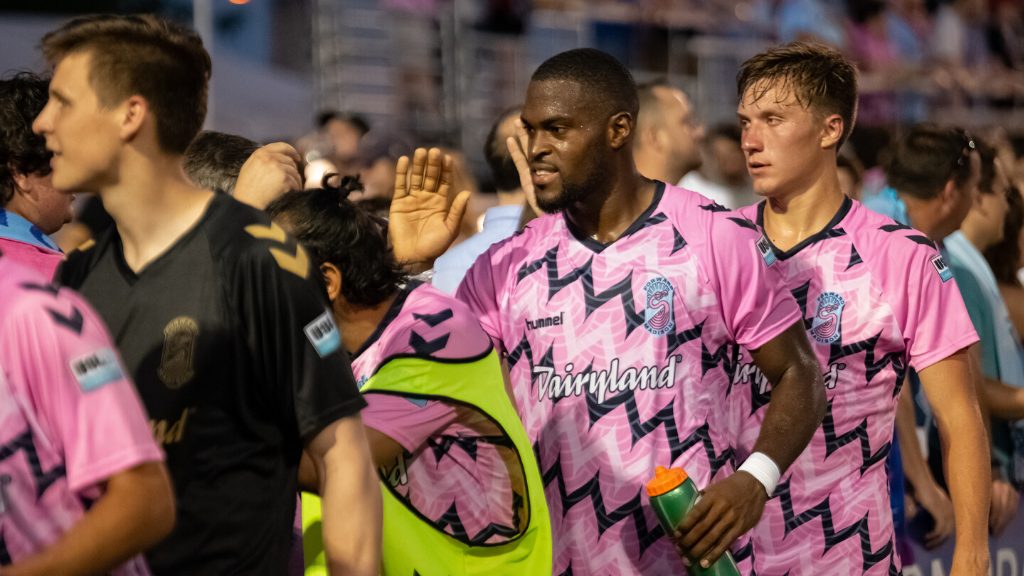 Forward Madison FC has signed defender Josiah Trimmingham, the club announced Thursday. Trimmingham officially signs with the Flamingos after training with the club during the 2019 season.

Trimmingham appeared in Madison’s exhibition match against Minnesota United FC last June, but couldn’t be added to the club’s League One roster due to lack of international roster spots. With multiple international spots open this season, Forward Madison Head Coach and Technical Director Daryl Shore jumped at the chance to sign Trimmingham.

“With our roster taking shape as it is, we felt like adding center backs was one of our needs,” said Shore. “Watching the Minnesota game last year, you can see that Josiah was able to match up with their forwards and brought a tremendous physical presence. He’s a player who we think could have a really good season.”

A native of San Juan, Trinidad, Trimmingham started his career in the TT Pro League with his hometown club, San Juan Jabloteh. During his stint in theTT Pro League, Trimmingham earned call-ups to the Trinidad and Tobago National Team in 2017 and made his cap on November 14 of that year against Guyana.

“I was able to really appreciate the Forward Madison fans even before signing my contract,” said Trimmingham. “The atmosphere was great. I’m really excited to be with the team and be playing for the city, playing for the fans.”