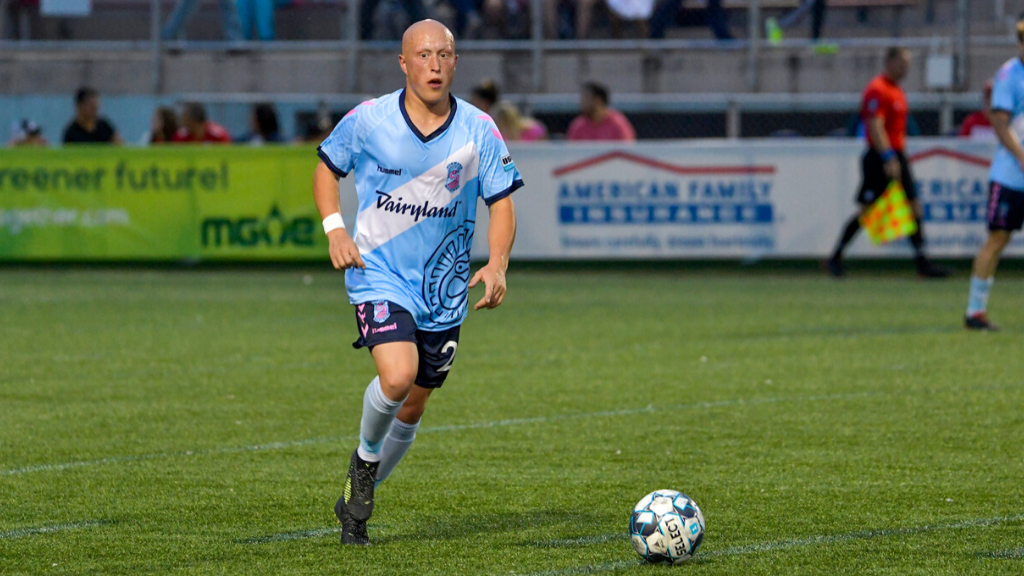 Forward Madison FC has signed midfielder and Wisconsin native Louis Bennett, the club announced Friday. Bennett joins the Flamingos permanently after spending the second half of the 2019 season on loan with the club from USL Championship side Memphis 901 FC.

“Any time we can keep quality Wisconsin players in the state to play with Forward Madison, it’s a good thing for both the team and the community,” Forward Madison Head Coach and Technical Director Daryl Shore said. “Louis is a smart player, he has a great passing range and we felt like he fit in well with our group towards the end of last year.”

“I’m really excited to be back with the club and in the community again,” said Bennett. “I want to bring a championship to Madison and I can’t wait to keep developing soccer in my home state.”

Prior to signing with Memphis, Bennett played professionally in the Czech Republic and Cyprus as well as Swope Park Rangers in the USL Championship in 2017. Bennett played three seasons at Marquette University, making 55 appearances before foregoing his senior season to sign his first pro contract.