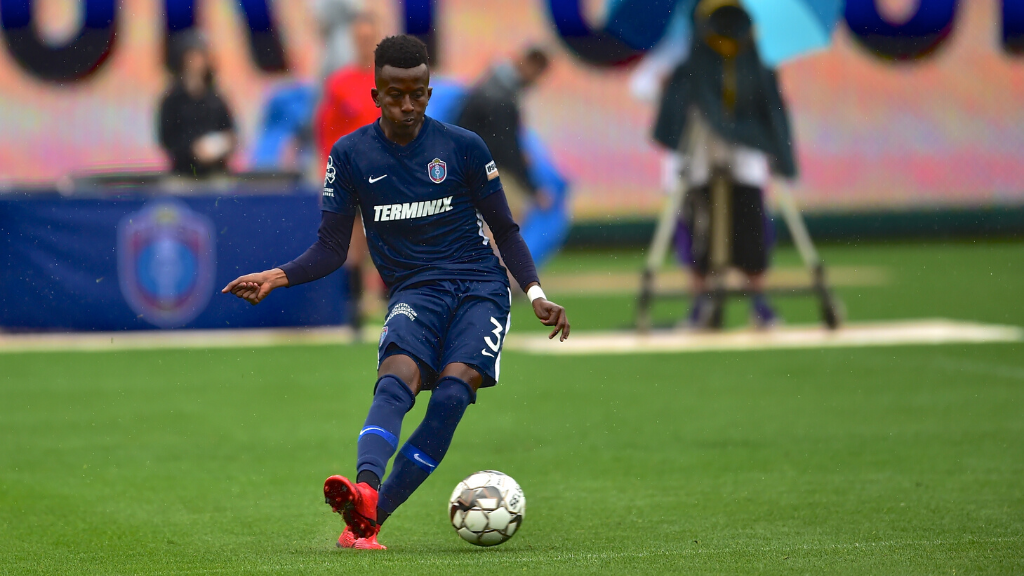 "Abdi adds a great deal of experience with pace and technical ability," said Greenville Triumph Head Coach and Sporting Director John Harkes. "He has great confidence on the ball and the important ability to defend 1-v-1. He will fit well with our back line as we enter our second season."

Mohamed was selected in the second round of the 2019 MLS SuperDraft by NYCFC and spent the entire season on loan with Memphis. The  23-year-old played 1314 minutes and made 31 tackles and 86 recoveries for the expansion side.

Prior to being drafted, Mohamed played three seasons at Ohio State University and finished his collegiate career at the University of Akron. As a Buckeye, Mohamed scored 11 goals and tallied 11 assists while earning multiple all conference honors. In his final collegiate season, Mohamed helped Akron to the NCAA College Cup Final, scoring one goal and adding five assists along the way.

Mohamed was born in Kenya to Somali parents which allows him to play for the Somalian National Team. He was called into the full national team in September alongside his cousin and Triumph teammate Omar Mohamed.