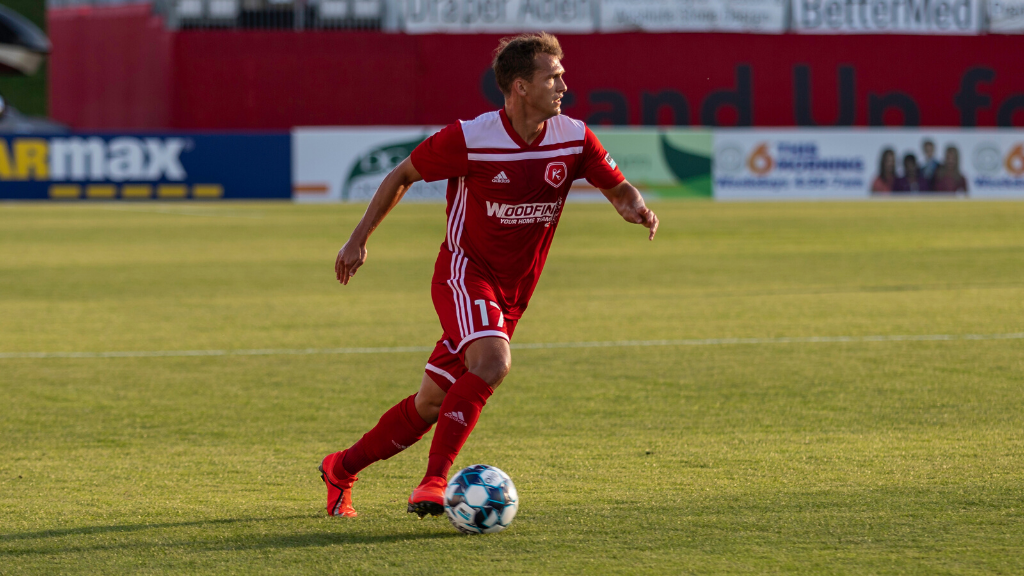 Lockaby scored one goal, tallied an assist and made the USL League One Team of the Week once while playing with the Kickers in 2019. The 24-year old played the third-most minutes of any outfield player on Richmond’s roster, making 125 recoveries and 32 interceptions from his right back position.

“Eli gave us a hard time when we played against Richmond,” said Forward Madison Head Coach and Technical Director Daryl Shore. “He’s an athletic player, he gets up the field quite well and he’s a good one-on-one defender. We’re extremely excited that he’s decided to join our club.”

Prior to signing his first professional contract with the Kickers, Lockaby completed a four-year career at Virginia Commonwealth University. Lockaby played 73 matches for the Rams, leading the side to the Atlantic 10 Conference title in 2018. A native of Orlando, Florida, Lockaby played with Orlando City SC’s youth teams before beginning his collegiate career in Virginia.

“When you have a chance to get a player of Eli’s talent, you have to bring him onto your roster,” said Shore. “Eli is a guy that started a lot of games in our league last year [and] we thought it was important to bring someone like that in.”