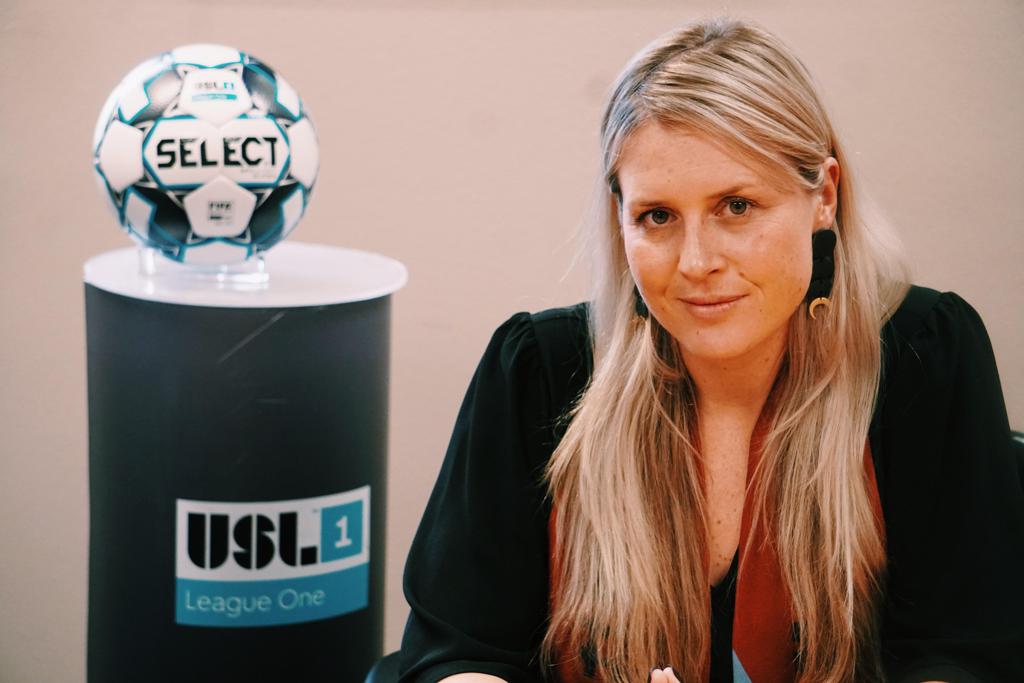 Appointed this week, Amanda Powers is the first female club President in USL League One, and just the second in the USL's professional ranks all-time. | Photo courtesy FC Tucson

If asked to pin down exactly how new FC Tucson President Amanda Powers rose through the ranks, gaining a reputation as a sharp, strategic business leader, the answer would likely be traced back to her childhood.

“My parents were union labor reps, and I actually grew up hanging out at the town meeting hall,” said Powers recently. “It was an interesting time in the ‘80s. NAFTA was going on and my parents were machinists, so at a very young age I saw the importance of organizing and giving people a message they believe in, and having leadership to carry out that message. It’s almost like it’s in my DNA.”

That core concept, giving people a message they can believe in and seeing that message being embraced and carried forward, was on full display at Powers’ most recent stop before arriving in Tucson. As the Chief Operating Officer at the USL Championship’s New Mexico United, Powers – alongside Owner and President Peter Trevisani and Chief Revenue Officer Ron Patel – helped build a phenomenon from the ground up.

From the announcement of the club’s arrival, to the launch of the official brand, to the excitement NMU created as it kicked off its inaugural season in the USL Championship, the power of the club’s message shone through. For Powers, it was an illustration of the potential a platform like soccer – and the USL – can bring to bind a community closer together. 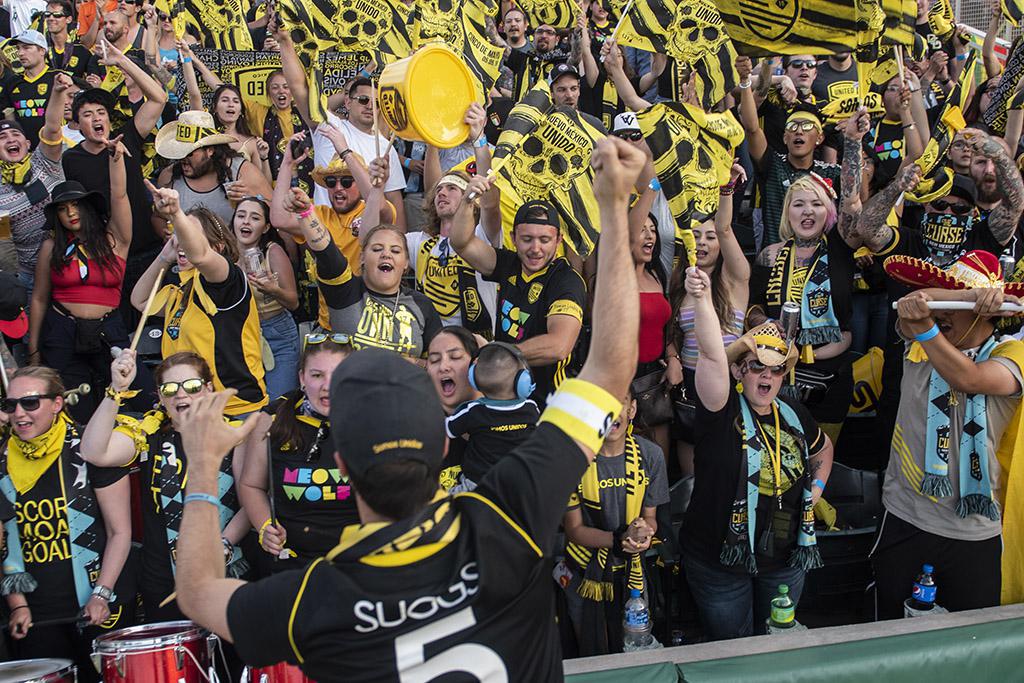 “When you look at the mission of New Mexico United and the fact that our core mission was to bring people together in ways they’ve never experienced before – it happened. And to be a part of that, to be recognized for that, it’s a life-changing thing,” said Powers. “I don’t know how you can measure an economic impact of hope quantitatively, but I bet you I could go back into every small business meeting, or every economic development leader in that community and I could say New Mexico United did put a value, an economic value, on hope in that community.

“I don’t know who in their lifetime gets the opportunity to do that, and I feel very fortunate. Now I’m bringing that to the table [in Tucson], because I believe when you do approach something from a very altruistic mission, and also a very audacious vision, that anything’s possible.”

While Powers’ experience in New Mexico was formative, the potential of her new role has the chance to affect the bigger picture. Just the second woman to be appointed President at a professional USL club after Amanda Duffy at Louisville City FC in 2015, Powers’ focus is on leading a successful organization, and being part of a new wave of female executives getting opportunities elsewhere in the Championship and League One.

“I’m here to build the best team in League One, and I’m trying to change the narrative in how we build our front office, and how we work in an environment where it is both men and women leading the company,” she said. “If anything, I do see this sort of as a rite of passage to be here for women, especially in the last couple of years I think between the #MeToo movement and some of the other things that have gone on out there. 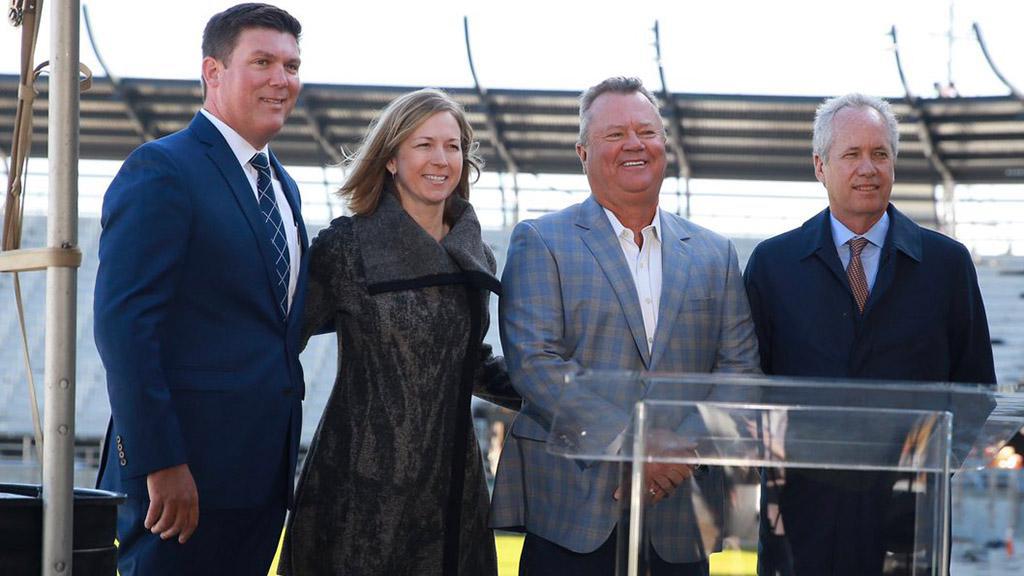 In comparison to New Mexico, though, the challenge facing Powers in Tucson is different, even though the cities of Albuquerque and Tucson have notable demographic similarities. Instead of building something from scratch, Powers arrives at a club that was founded a decade ago and is now entering its ninth full season after playing for its first seven years in USL League Two.

While the club’s history might seem like a challenge, Powers believes it’s a strength that she and one of FC Tucson’s founders Jon Pearlman – now its Director of Soccer Operations after the club’s purchase by Phoenix Rising FC in 2018 – can play to as the club looks for a revival in the stands.

“[This is] a club that has survived for 10 years and has really created a reputation for building top talent that has gone on to do great things,” said Powers, referencing alumni including current U.S. Men’s National Team player Aaron Long and recent Rising FC signing Jon Bakero. “I saw that maybe it needed a bit more attention in terms of sales, marketing and grassroots work, and I said, ‘game on’. This is my bread and butter and I love the opportunity.”

So, what does success look like for Powers in her first year in Tucson? Well, on one hand she’s set out the goal of attracting at least 2,020 fans to every game this season, which would not only surpass the club’s season-high for 2019 in every game but make for at least a 211 percent rise in the club’s average attendance. That’s a quantitative figure she can take to local partners to illustrate the strides the club has taken in a year and one that she believes is very attainable for the market. 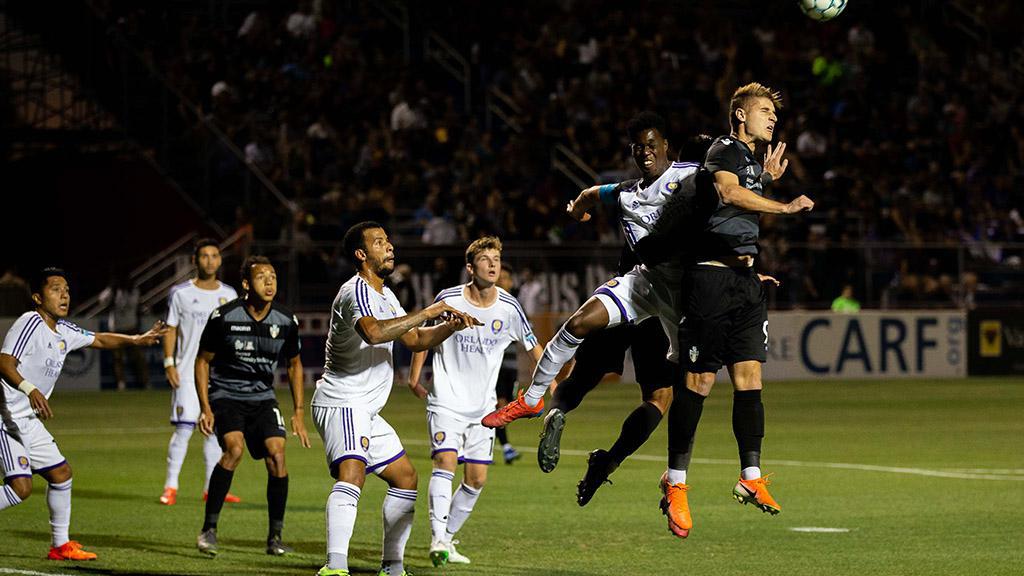 FC Tucson ranked eighth in USL League One in attendance in its first season in the professional ranks, a position that new President Amanda Powers believes can be substantially raised in the short-term.

But there’s something else she’s looking for as well, something that won’t be found on a balance sheet.

“I learned a lot from Peter Trevisani,” she said. “Being his No. 2, and really kind of building more of the ‘how’ we would get things done while he was leading the team for the ‘what’, he would push back on me for my need for quantitative measurement, and he was always the kind of guy that would say, ‘Oh, you know, I go with a little bit more on how things feel.’

“It’s kind of a weird thing, but I think the way I’m going to measure our success this year is seeing posters of FC Tucson in schools, seeing our brand out in the community. If I can see our youth players knowing our player’s names, seeing some greater engagement on social media where people are falling in love with our players and learning their names, and our players are engaged in the community this year, then that’s a way that we know we’re successful.

So Proud of New Mexico’s own Amanda Powers being named President of @FCTucson. I was honored to work with her @NewMexicoUTD and know the future is bright for @USLLeagueOne. New Mexico is on its way to developing the next generation of soccer talent, on and off the field! Bravo! https://t.co/lkxsF3tx9m