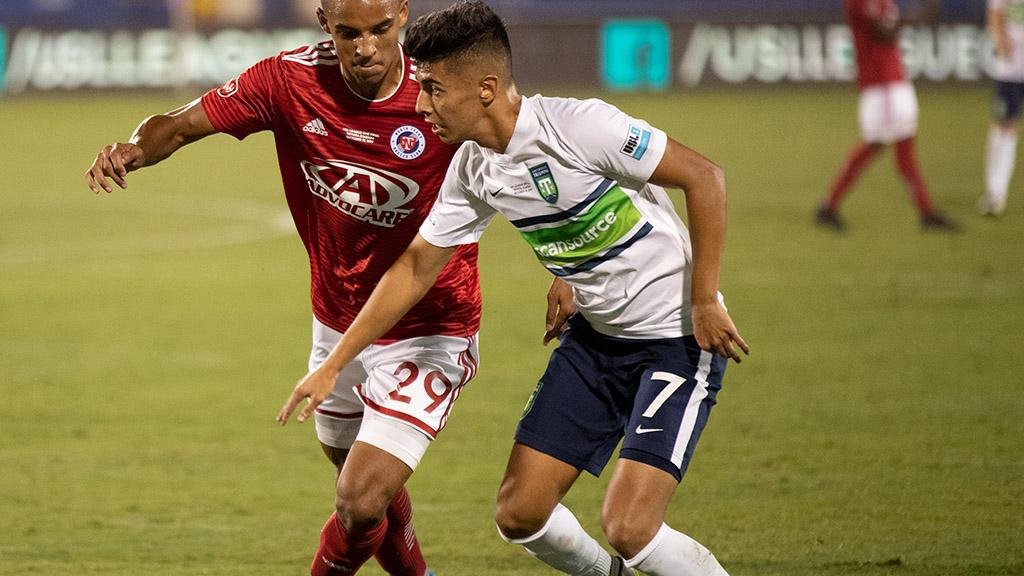 “We're happy to have been a part of his development," said Triumph SC Head Coach John Harkes. "Getting players ready to compete at the next level is a large part of our mission. Chris is going to an accomplished side in Monarchs, and it will be a great challenge for him. I want to thank him for all he contributed to our club, and we wish him the best in the Championship."

Bermudez appeared in 24 matches for Greenville in the club’s inaugural season, scoring three game-winning goals including the tally that clinched the side’s place in the first-ever USL League One Final.

Prior to joining Triumph SC, Bermudez was played with New York Red Bulls (MLS) and Club Pachuca (Liga MX) at the youth level. During his three seasons with the Red Bulls Academy, Bermudez scored eight goals across 28 appearances.

Bermudez is the fourth League One player to move to a Championship club in exchange for a transfer fee. He’ll join former Richmond Kickers forward Joe Gallardo in Salt Lake City for the 2020 USL Championship season. In addition to Bermudez and Gallardo, former Triumph defender Kevin Politz and former Tormenta FC defender Conner Antley moved on to Hartford Athletic and Indy Eleven, respectively, after their clubs collected transfer fees.