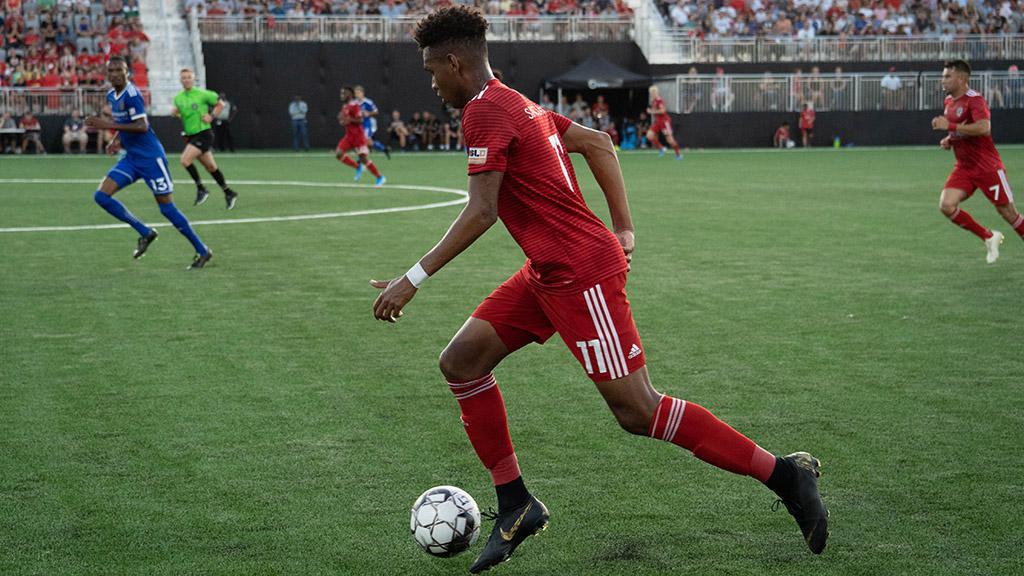 Sinclair most recently played in the USL Championship with Loudoun United FC, where he appeared in 24 matches – with 18 starts – and tallied three goals with one assist during the 2019 campaign. The Costa Rica native came to Loudoun United in March 2019 on loan from Deportivo Saprissa in his home country’s top-flight, where he appeared in eight games during the 2018-19 season and scored in his professional debut for the club on Oct. 3, 2018 in the Apertura tournament. The 21-year-old also spent time on loan with CS Uruguay de Coronado in Costa Rica’s Segunda División, appearing in 15 games and scoring two goals in 2018 as the side reached the semifinals of the Clausura championship.

Spaulding arrives in New England from North Carolina FC of the USL Championship, where he signed his first team contract in September 2019. A Cary, N.C. native, the NCFC Youth Academy product rose up from the Under-16 ranks to become an Under-23 standout, leading the NCFC U-23s in scoring with five goals during the 2017 USL League Two campaign. The 21-year-old played two seasons of college soccer at UNC Charlotte, where he recorded three goals and two assists in 32 appearances and helped the 49ers reach the Conference USA Tournament Championship game in 2017 and win the 2016 Conference USA regular-season title. In January 2018, Spaulding went to Europe to play for French club Stade Briochin, where he made nine appearances and saw 209 minutes of action.

Shimazaki is entering his first professional season after a four-year college career at Virginia Commonwealth University. During his time at VCU, the 22-year-old made 69 appearances and 56 starts, primarily at outside back, and registered seven goals with six assists. He helped the Rams win the Atlantic 10 regular season championship in 2018 and earned a spot on the All-Atlantic 10 First Team as a senior in 2019. On the international stage, Shimazaki was a member of the Japan Under-17 Men’s National Team.