Rayo signs pro deal after competing in League One in 2019, Ponder returns after college career at SMU 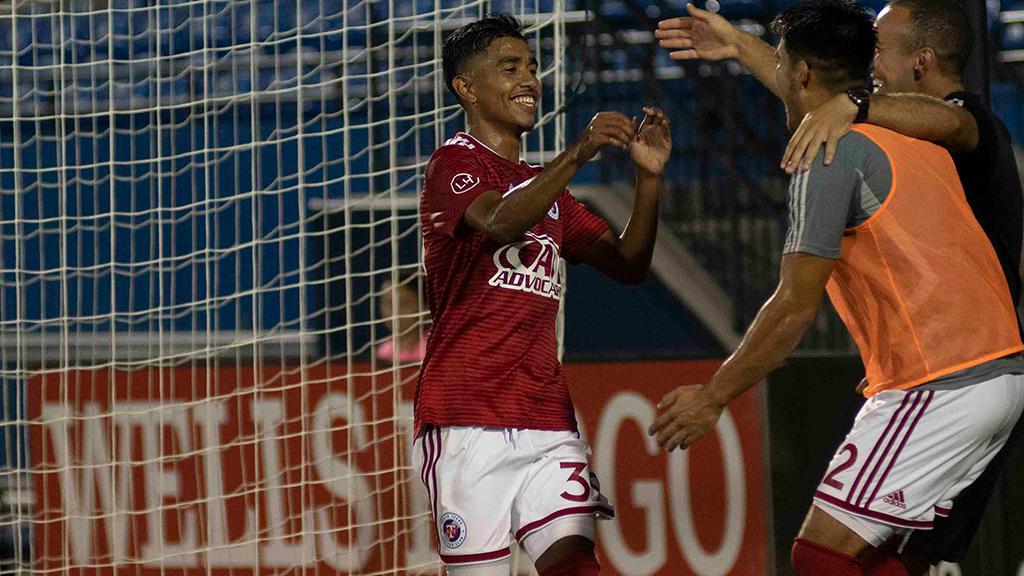 North Texas SC's Gibran Rayo celebrates after scoring his first professional goal against South Georgia Tormenta FC last August. The 18-year-old joined the pro ranks on Wednesday, having made 12 appearances as a USL Academy signing in 2019.

Ponder joined the FC Dallas organization in 2010 and played in its Academy before committing to play for Southern Methodist University. The 22-year-old played four seasons for the Mustangs, featuring in 50 games and scoring five goals. His collegiate career produced numerous accolades including the AAC All-Academic Team (2016-17, 2017-18, 2018-19), AAC All-Tournament Team (2018), CoSIDA Third Team Academic All-American (2017), as well as two AAC Defensive Player of the Week awards.

Rayo spent three seasons in the FC Dallas Academy after joining from Sporting United SC in 2017. In 2019, he featured in 12 League One contests while still in the FCD Academy and scored his first professional goal in North Texas’ 5-0 win over South Georgia Tormenta FC on August 27 at Toyota Stadium. The forward has represented Mexico at the U-16 level and most recently the United States at the U-18 level.