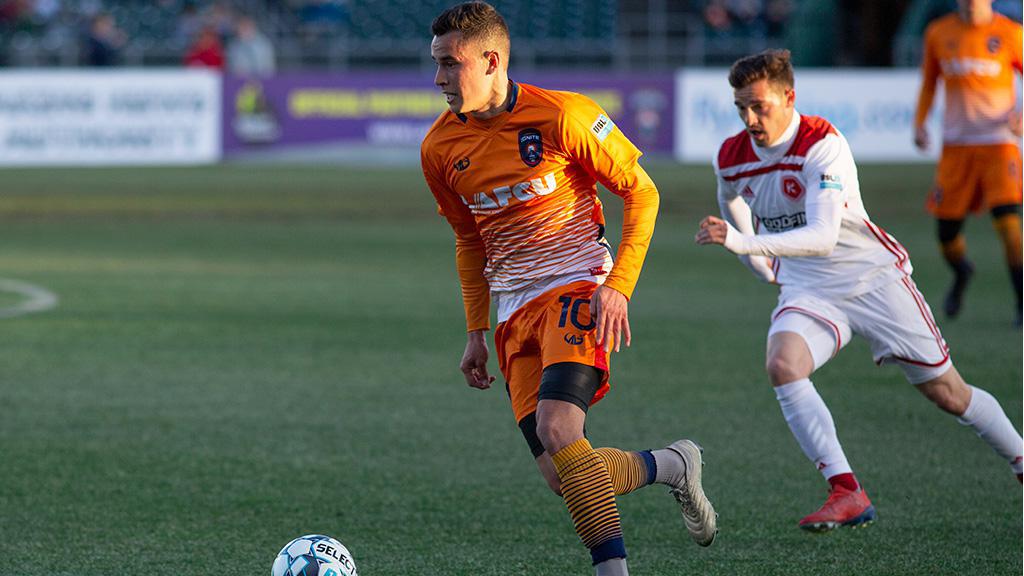 OMAHA, Neb. – Former University of Nebraska-Omaha standout Xavier Gomez highlighted a group of 12 players unveiled on Tuesday as the first signings in Union Omaha history as Head Coach Jay Mims began the process of building his squad for the club’s inaugural season in USL League One.

“Teams I coach will always play with a lot of passion, skill, toughness, and belief,” said Mims. “Union Omaha will be no different. The players we have signed and will continue to sign will embody all of these qualities. They will embrace working hard for each other, our fans, and our city.”

Selected by Minnesota United FC in the 2019 MLS SuperDraft, Gomez recorded three goals, five assists and 33 chances created for Lansing Ignite FC in the 2019 League One season as the side finished second in the regular season standings. N’For also arrives in Omaha after competing for Lansing, where he contributed four goals and two assists in his rookie season.

Vanacore-Decker, meanwhile, brings more than 30 games of experience from the Championship to the club, recording four goals and one assist last season for SKC II after coming through the New York Red Bulls Academy as a youth player. Mare most recently played for Chattanooga Red Wolves SC, and is joined by two others with Championship experience in defender Nathan Aune (Reno 1868 FC) and midfielder Austin Panchot (North Carolina FC).

Two former players from fellow League One side South Georgia Tormenta FC have also joined the squad, with Kobe Perez and Daltyn Knutson each having gained experience in the league in 2019.

Other notable arrivals include former Ventura County Fusion forward Evan Conway, who recorded nine goals and six assists for the side in the 2019 USL League Two season before returning to the University of Wisconsin-Milwaukee to wrap up a college career that saw him record 27 goals and 17 assists over 77 appearances for the program.

Union Omaha season ticket holders will have the opportunity to meet the players at a private event on February 8th. Season ticket packages are available for purchase at tickets.unionmaha.com.