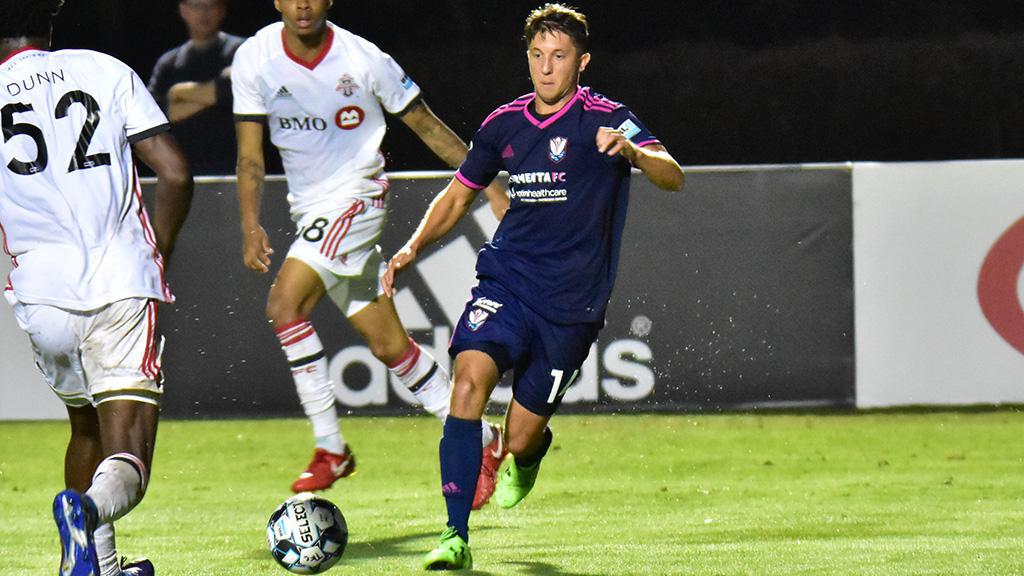 GREENVILLE, S.C. – Greenville Triumph SC announced the addition of another offensive threat ahead of the 2020 season on Tuesday, announcing the signing of former South Georgia Tormenta FC player Alex Morrell to their roster, pending league and federation approval.

Morrell has played in all three flights of professional soccer in the United States, beginning his career in Major League Soccer with the Chicago Fire in 2016 after a standout collegiate career at the University of North Florida. Morrell made four appearances with the Fire before he was loaned to Saint Louis FC of USL Championship for the remainder of the 2016 season.

From Saint Louis, Morrell spent the 2017 and 2018 seasons with the USL Championship's Tampa Bay Rowdies. He made 35 appearances for the Florida side, netting three goals and three assists before being signing with South Georgia Tormenta FC in 2019.

“Everything about the move to join the club feels right,” said Morrell regarding his move to the Triumph. “I believe Greenville will challenge me and I look forward to it. I'll give everything I have to the organization, coaching staff and players. I'm beyond excited to get started.”

The Lakeland, Florida native appeared in 27 matches for Tormenta FC in League One’s inaugural season, logging 2,257 minutes with four goals and three assists, including the first goal in League One history that earned Tormenta FC a victory against the Triumph.

“We are really excited to bring Alex on board, a guy that has great experience and a competitive edge to win,” said Greenville Head Coach John Harkes. “I've admired him as a professional for years with his ability to run at players in the final third and finish. We're really looking forward to working with him as a member of the Greenville Triumph.”