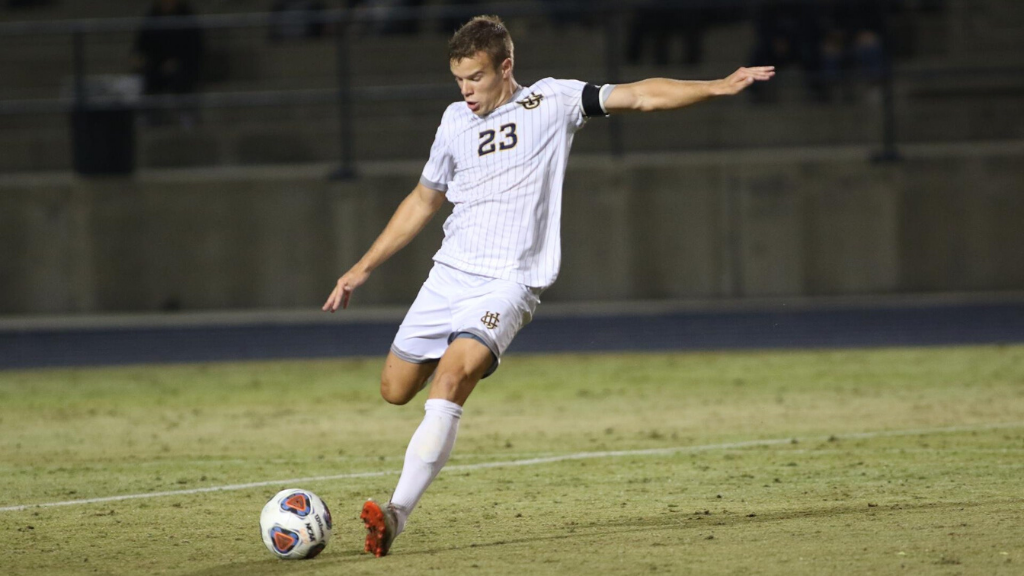 RICHMOND, Va. – While he was competing for Richmond United in the U.S. Soccer Development Academy, Victor Falck would take the opportunities he got to train with the Richmond Kickers’ professional squad whenever they came about.

On Monday, he made history by becoming the first player from United’s program to sign a professional contract with the club, joining the Kickers for the upcoming USL League One season.

“I am very excited to sign and return to Richmond after four years at the collegiate level,” said Falck. “I have fond memories from my time with Richmond and I admire the overall mindset of the club and the individuals within it. When I was with Richmond United, I was able to train with the Kickers on numerous occasions which was inspiring and a great learning experience for me.”

A native of Sweden, Falck joined Richmond United in 2014 after his family moved to Virginia Beach, making the trek of 100 miles each way to be part of the club’s USSDA program. After playing his freshman season at the University of Virginia, he transferred to the University of California – Irvine before his sophomore year. He went on to make 59 appearances and 58 starts for the Anteaters, recording four goals and seven assists. In his senior season last fall, Falck was named to the All-Big West First Team and was honored as the Big West Co-Midfielder of the Year.

“Victor had a very good college career and he fits with our mission of working to develop players for the next level,” said Kickers Sporting Director and Head Coach Darren Sawatzky. “His connection to the area and his work in our youth programming make him a perfect fit for us.  He brings a competitive fire to the group in a position that we needed competition in.  We look forward to Victor contributing right away in our team.”

After training alongside the Kickers prior to his college career, Falck is hoping he will be the first of many to follow the same path into Richmond’s squad in the coming years.

“It is especially exciting to be the first Richmond United alumnus to sign a pro contract with the Kickers,” he said, “and I am sure that many will follow in my footsteps as there are many talented alumni that are doing well in college at the moment, and many talented coaches and players still within the club at the academy level.”