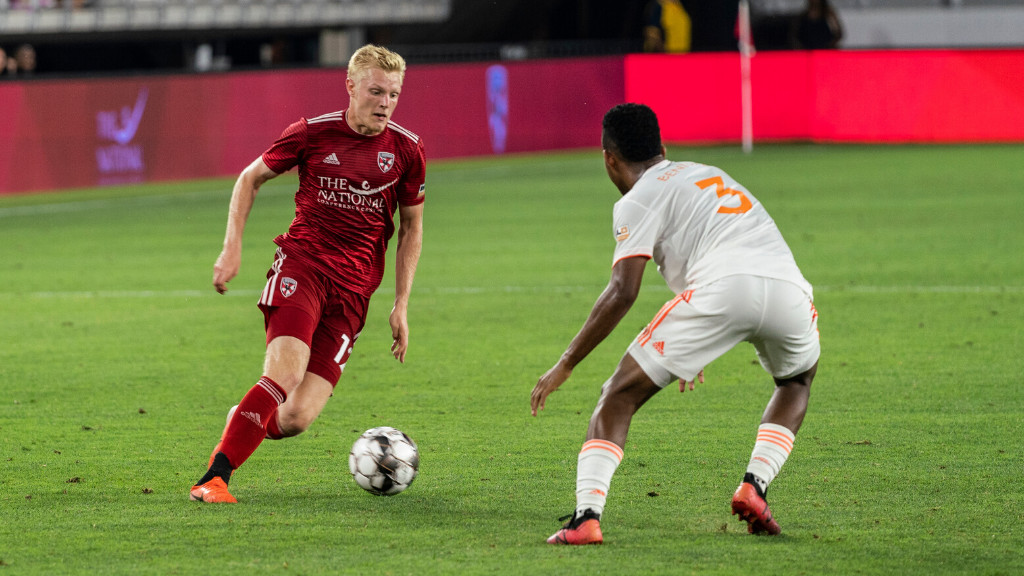 "As we continue making strides in the build up to our inaugural season, we are proud and excited to welcome these four young players onto Revolution II," Head Coach Clint Peay said. "We are pleased to be adding players from a variety of backgrounds, which we hope will help each of the players on our roster develop and grow."

Verfurth and Presley join the Revolution II after spending the 2018 season with USL Championship side Loudoun United. Verfurth appeared in 23 matches for Loudoun last season, while Presely scored two goals and tallied three assists in 28 appearances for the first-year club. Prior to joining Loudoun United, Presely played 29 matches for San Antonio FC.

Malango signs his first professional contract with New England after splitting time in the collegiate ranks between Salem State and University of Massachusetts Lowell. During his one season at Salem State, Malango scored 17 goals in 19 games and won MASCAC Player and Rookie of the Year awards. The Kinshasa, Congo native also spent time training with New England’s first team in 2019.

Woodruff, Verfurth, Presley and Malango are the first-ever signings in Revolution II history. New England will kick off its inaugural season on Saturday, March 28 against Orlando City B.