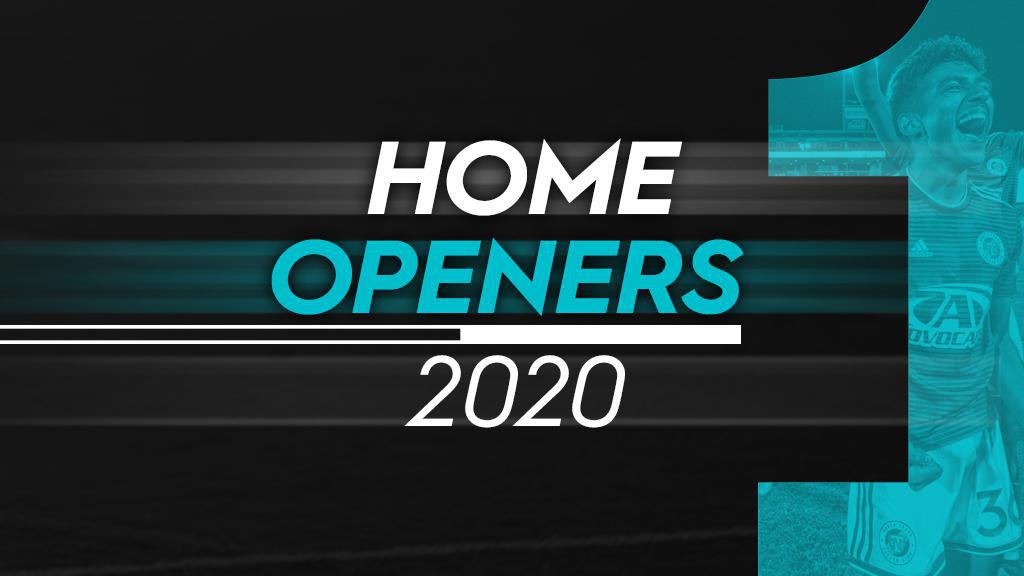 TAMPA, Fla. -- USL League One announced today the home openers for the 2020 regular season, with 12 teams set to open a 28-game schedule that will run from March 27-October 4 before the League One Playoffs kick off the weekend of October 10.

The opening weekend of the season will also see the league’s three expansion clubs make their debuts as Inter Miami CF’s League One side hosts Union Omaha on the opening day of the season and New England Revolution II hosts Orlando City B on Saturday, March 28.

FC Tucson will round out the opening weekend of matches when it hosts Toronto FC II on Saturday, March 28 at Kino Sports Complex.

Union Omaha will play its first-ever League One match at Werner Park in Week 5 of its inaugural season as the club hosts Orlando City B on Saturday, April 25. Red Wolves SC will also play its home opener in Week 5, hosting the Richmond Kickers on April 25.

Toronto FC II will make its 2020 home debut the following weekend when it hosts the Richmond Kickers at the BMO Training Ground on Friday, May 1.

The entire 2020 League One regular season schedule will be released in the coming weeks. The 2020 campaign will conclude the weekend of October 2-4, with the top six teams advancing to the playoffs and the top two teams receiving first-round byes. The USL League One Final is set to take place from October 22-25.