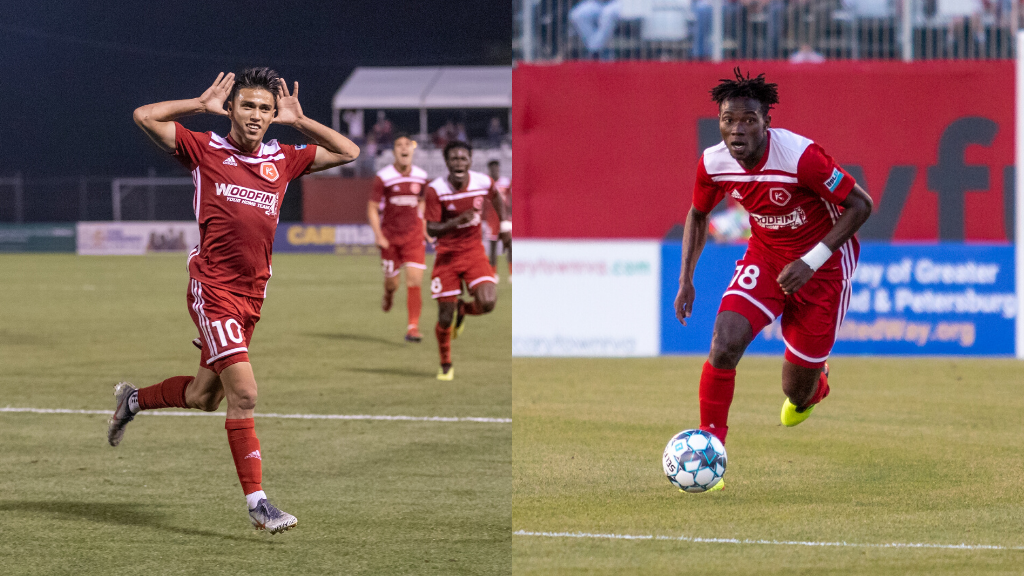 TAMPA, Fla. – The Richmond Kickers announced initial updates to the club’s roster ahead of the 2020 season Tuesday morning. All-League selections Joe Gallardo and Wahab Ackwei are among the group of twelve players from the 2019 roster set to return in 2020.

“I am excited about the quality of players returning for the 2020 season,” said Interim Head Coach Mika Elovaara. “Bringing back the defensive core that helped us keep ten clean sheets, combined with our leading scorer and assists leader makes for a strong foundation to build on. Overall, we feel that the 2020 roster is starting to shape up very nicely.”

Gallardo led the way for the Kickers in the attacking third in 2019, finishing with a team-high six goals, 34 chances created, and 48 dribbles completed. The All-League First Team forward, along with midfielder Ryley Kraft and defender Scott Thomsen, were still under contract following the conclusion of the 2019 season and will return to City Stadium in 2020.

Ackwei earned All-League Second Team honors after playing an integral role in the Kickers’ defensive success in 2019. The 23-year old defender led Richmond in interceptions, clearances, and recoveries as he helped his side to ten clean sheets in the league’s inaugural season.

The current Richmond Kickers roster ahead of the 2020 USL League One season, listed by position alphabetically, is below: