North Texas’ Quill Named League One Coach of the Year

Led young squad to victory in both regular season, League One Final 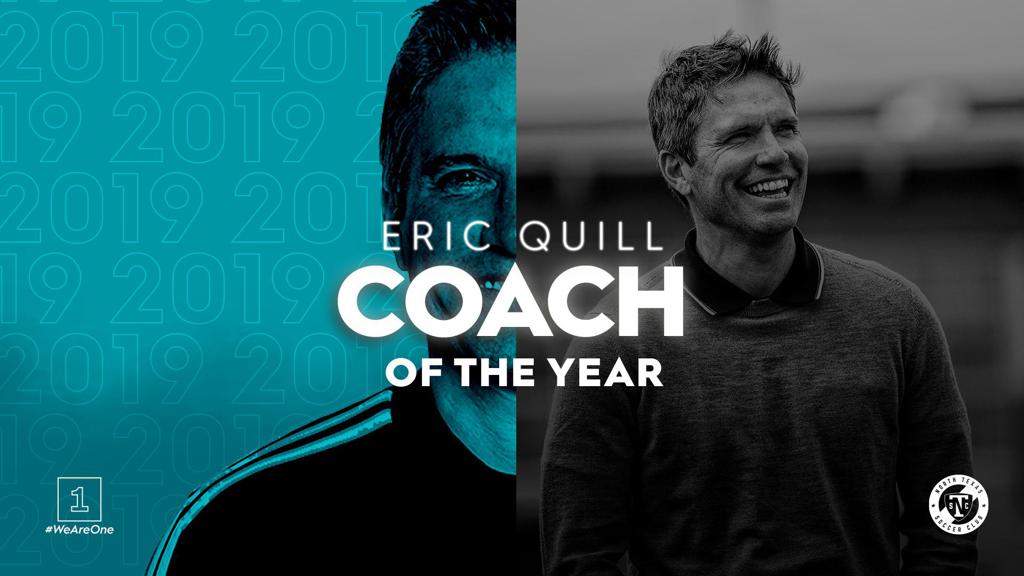 Quill received 53 percent of the vote to earn the award, with Greenville Triumph SC’s John Harkes finishing in second place with 29 percent and Lansing Ignite FC’s Nate Miller finishing in third place with 12 percent. Four coaches in total received votes for the award.

“I’m flattered,” said Quill. “I always look at it as a staff award rather than a Coach of the Year one. Our staff was amazing, everybody from medical to our equipment manager to assistant coaches, everybody played their part in how successful we are. I share this award with everybody because it’s truly a team effort from our staff and organization. It’s a great honor.”

A former player in Major League Soccer, most notably for the Tampa Bay Mutiny, Quill had previously achieved success in the coaching ranks as technical director of Texans Soccer Club Houston, where he guided the club to a national title when it won the U.S. Development Academy U-18 Championship in 2017.

Quill’s ability to mold a successful young side was brought into focus early in the League One season as NTSC opened the season with five consecutive victories, the first of two five-game winning streaks posted by the side in its inaugural season. North Texas pulled away from its competition in the League One standings, finishing 10 points clear of the chasing pack as it led the league with 53 goals in the regular season.

North Texas then took victory in the League One Playoffs, defeating Forward Madison FC in the Semifinals before a 1-0 win against Greenville Triumph SC in the League One Final. A former assistant coach in the U.S. Youth National Team program, Quill’s first season in the professional ranks was a triumph as the young standouts in his charge made a major impression throughout the campaign.

“I think our young players and the culture that’s been created here through the Academy is second to none,” said Quill. “Jumping up a level [to League One] is a challenge and they rose to that challenge. I think we made them believe that they can be the best in the league. That’s the intention and who we should want to be, so I think they developed a great mentality early on and just built on it throughout the season.

“Everybody who wore the jersey this season bought in, and that’s a credit to the organization for how the Academy is run, and the new players that came in also bought in, so it was a fantastic environment this year from start to finish. I’m just super proud of the guys.”

The 2019 USL League One Awards were voted on by team management. Voting was conducted following the conclusion of the 2019 League One regular season.