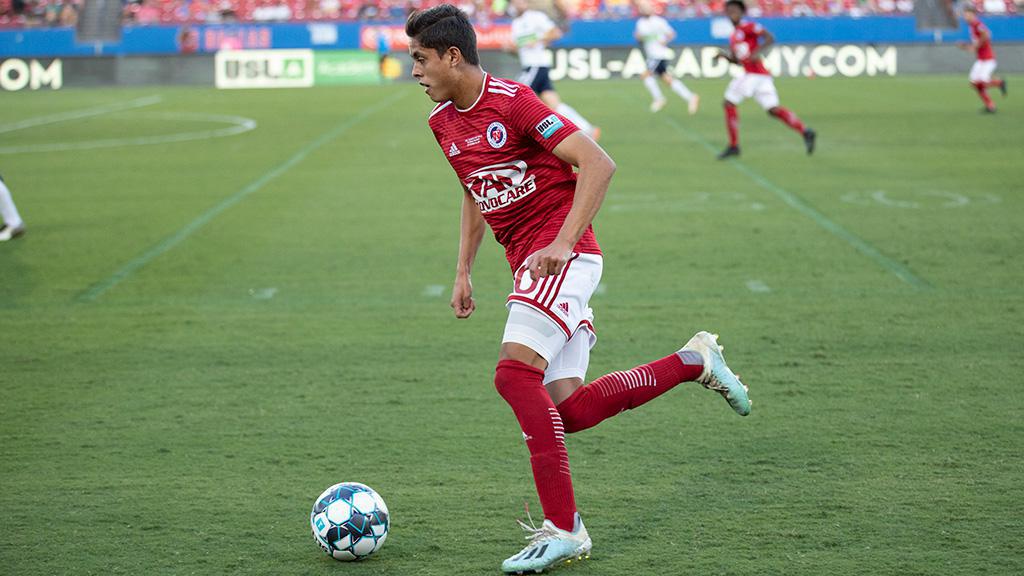 2019 USL League One Final MVP Arturo Rodriguez was the only player to appear in every game for North Texas SC in its inaugural campaign. | Photo courtesy North Texas SC

FRISCO, Texas – In a way, it wouldn’t have been the natural order of things if North Texas SC had remained with the same lineup from its victory against Forward Madison FC in the Semifinals of the 2019 USL League One Playoffs in Saturday’s clash with Greenville Triumph SC in the inaugural USL League One Final.

“There’s been a lot of moving parts throughout the year,” said NTSC captain Brecc Evans. “In the semifinal to this game, two completely different lineups, that just speaks volumes of what we’ve been able to do all year, come in clutch in the playoffs.”

But while there were four new faces in the starting lineup for the hosts at Toyota Stadium, the one constant proved the difference-maker.

That, of course, was Arturo Rodriguez.

As the lone player to appear in every game of the regular season and both postseason contests for North Texas, the 20-year-old Rodriguez proved the centerpiece for a side whose only other constant was change, and so it proved in the biggest game – for now – in his burgeoning career.

It was Rodriguez that effectively began the move that decided Saturday’s contest – a 1-0 victory that saw North Texas crowned League One’s first champion – finding a soft spot in Greenville’s midfield to receive a pass and quickly turn into space before a slide-rule ball to Jonathan Gomez down the left flank. He then darted toward the penalty area, and when Greenville’s defense missed its chance to clear after Ronaldo Damus was unable to control Gomez’s low cross, Rodriguez made no mistake with an arrowed, first-time finish to the bottom-right corner of the net.

“Amazing year,” said Evans. “Capped it off with a goal in the final. He deserves it.”

Truth be told, it was a lone goal in a game that could have seen more. North Texas looked like the youngest team in the league in the early stages as Greenville grabbed the early momentum, nerves getting the best of the young hosts as their passing didn’t hit the mark with its regular incisiveness and accuracy.

But after avoiding early disaster, the way NTSC settled into the game not only changed the rhythm of the contest, but also in the eyes of North Texas Head Coach Eric Quill served a potentially greater purpose beyond simply winning a title.

“We want to play out of the back, and sometimes in championship games when teams are young and nervous it doesn’t look good,” said NTSC Head Coach Eric Quill. “I’ll be the first to admit, as a coach it looks scary, but this moment for these guys to learn was huge, and those mistakes, those nervous moments, they’ll remember these for their careers and it’s going to take them into a different stratosphere as a player to know what they can change about these moments.” 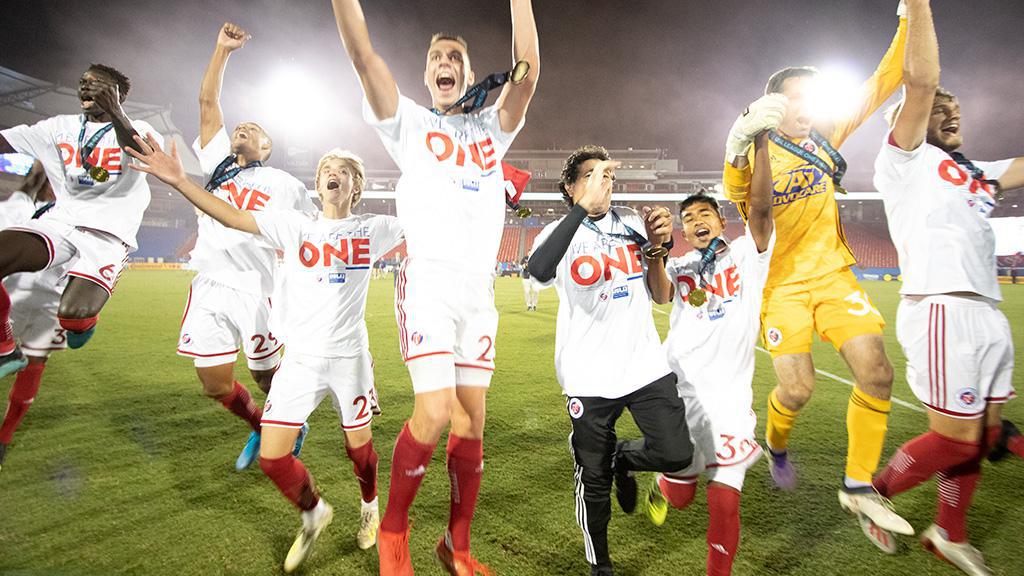 It’s that which may be the biggest legacy of this contest, which cemented North Texas’ place in the League One history book as its first champions. Three years on from the New York Red Bulls II becoming the first side operated by an MLS organization to win the USL Championship Final with a team that included current United States Men’s National Team players Tyler Adams and Aaron Long, North Texas’ success is as much about the future as it is the present.

The path for those in this side might not reach those heights, but the experience of walking off the field a champion is something that has the potential to change the trajectory of any player’s career.

“I believe these guys are going to play in a lot more of these, hopefully in an FC Dallas jersey,” said Quill. “For FC Dallas this game was a huge achievement, but also such a huge growth moment for everybody that’s been coming through our Academy.”

For the players celebrating in a raucous locker room on Saturday night, though, that was something to think about tomorrow.

What mattered now was North Texas SC had written a historic first chapter in its story.

“We’re going to be in the hall of fame forever,” said Evans. “That trophy’s going to stay here. It’s a huge deal, and winning it on our home turf is even that much sweeter.”