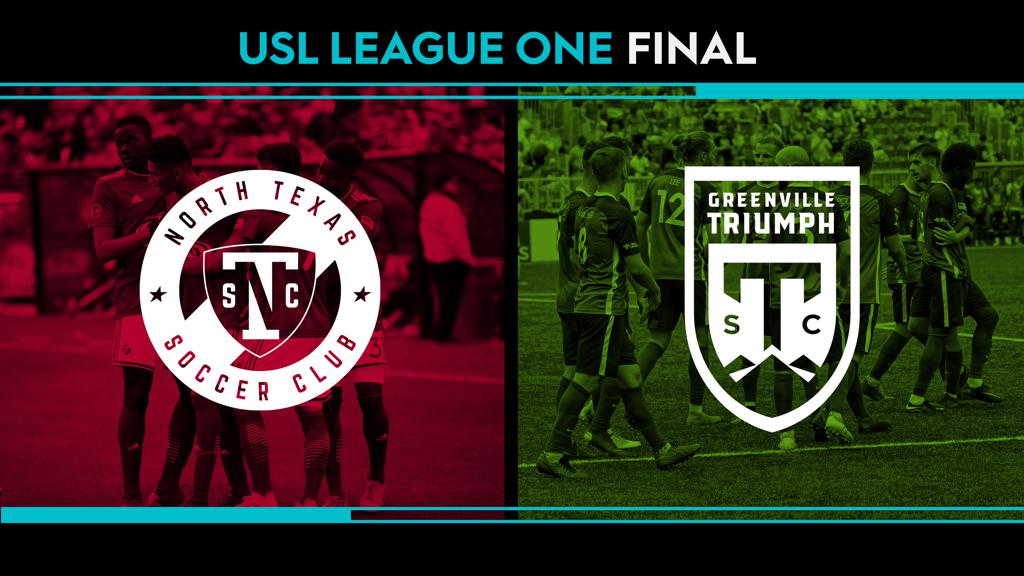 FRISCO, Texas – The first champion in USL League One history will be crowned on Saturday night as No. 1 seed North Texas SC plays host to No. 3 seed Greenville Triumph SC in the 2019 USL League One Final at Toyota Stadium in a matchup of the best attack and best defense in the league’s inaugural season.

@NorthTexasSC led League One with 53 goals in the regular season, with Golden Boot-winner Ronaldo Damus (16 goals) and Assists Champion-honoree Arturo Rodriguez (10 assists) leading the way. The side’s third notable attacking standout came through this past Saturday as Ricardo Pepi scored both goals in NTSC’s 2-0 Semifinal victory against No. 4 seed Forward Madison FC, but the 16-year-old standout may be absent for Saturday’s Final after being selected for the United States Men’s National Team that will compete at the 2019 FIFA U-17 World Cup in Brazil that kicks off on October 26. Should Pepi be unavailable, though, Head Coach Eric Quill’s squad has more than enough quality on hand to make up for his absence in its young, talented squad.

NTSC will need to be at its best, though, to defeat a @GVLTriumph side that has already claimed one road victory this postseason behind a stifling defense that has recorded 14 shutouts in 29 contests. Greenville earned a 1-0 victory last Saturday night as Chris Bermudez’s goal and a four-save shutout by goalkeeper Dallas Jaye lifted the visitors past No. 2 seed Lansing Ignite FC. Triumph SC will enter Toyota Stadium with some confidence, too, having been the only side to defeat NTSC on its home turf during the regular season, a 4-0 win on July 26 that saw North Texas forced to play with 10 men for 70 minutes after a red card to midfielder Edwin Cerrillo.

11 – North Texas SC’s 11 victories in 15 home contests this season are the most by any side in USL League One in its inaugural campaign.

7 – Greenville has recorded seven shutouts on the road across the regular season and playoffs, having allowed only 39 shots on target and 145 shots overall across 15 games.