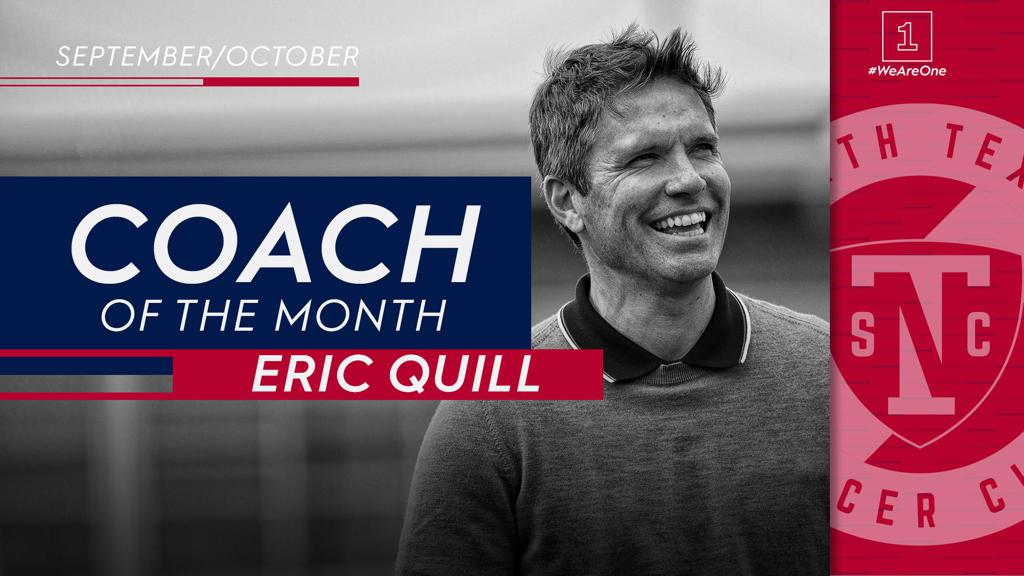 TAMPA, Fla. – North Texas SC’s Eric Quill has been named USL League One’s Coach of the Month for September & October after his side won five games out of its last six to clinch the League One regular season title and the No. 1 seed in the 2019 USL League One Playoffs.

Quill’s side closed the season as it had opened it, riding a strong yet balanced attack to earn four consecutive victories at the start of September. The wins moved NTSC clear of the rest of League One and earned the side the league’s inaugural regular season title, and while there was one defeat to Forward Madison FC in the penultimate game of the season, North Texas finished with a 3-1 victory on the road against FC Tucson that left it with 14 goals over its final six games.

North Texas also went on to avenge its defeat to Madison in the regular season as it took a 2-0 victory in the Semifinals of the 2019 USL League One Playoffs on October 12 to earn a place in the Final, where it will host Greenville Triumph SC this Saturday night at Toyota Stadium (7 p.m. ET | ESPN+).

The award was Quill’s second of the season, having previously earned the honor in May.

Quill was selected as League One’s Coach of the Month by the USL League One Technical Committee.