Top Five Players not in the Playoffs

Five players who deserve to be in the playoffs 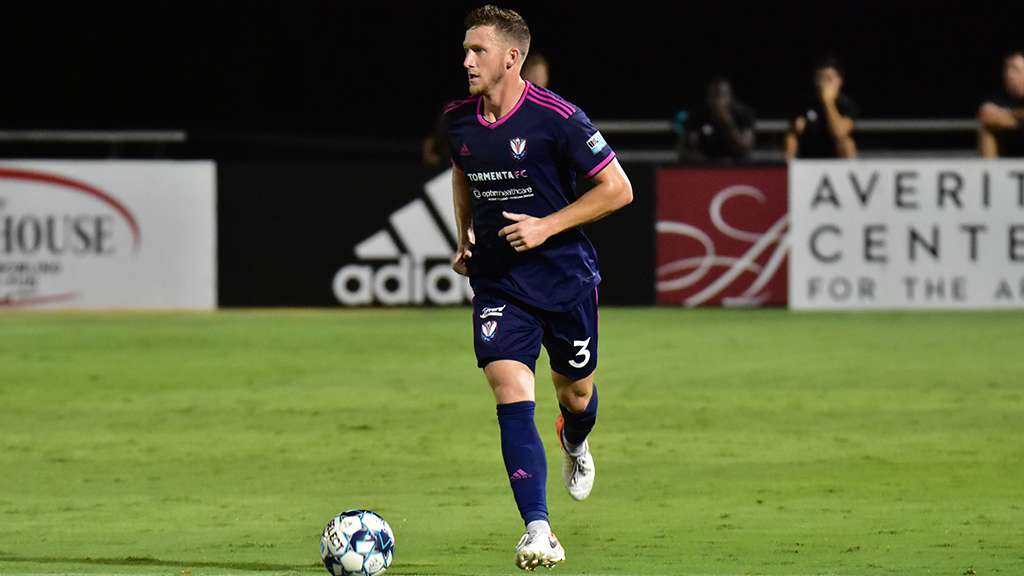 Traditionally a right back, Antley’s versatility shined in 2019 as he dominated on the field and on the stat sheet with his work at both ends of the field. Antley was a vital piece of Tormenta FC’s defense, leading his side in interceptions, tackles won, and aerial duels won. While his defensive work may have flown under the radar, it was hard to take your eyes of Antley when he was on the ball. The Atlanta native finished in the top two of League One defenders in goals, assists, and chances created. Antley’s passing accuracy and ability to read the game made him a key cog in Tormenta FC’s counterattacking style. His ability to produce at both ends of the field make him one of the league’s most unique players.

Even on a cloudy night, the brightest star is still visible. While Orlando City B may have finished in last place by some distance, De Souza served as a silver lining in the club’s first League One season. Leading the team in goals, interceptions, duels won, and tackles, De Souza was everywhere on the field in 2019 and was a handful for opposing defenders to deal with in one-v-one opportunities. With six goals and one assist, De Souza had a direct hand in almost a third of Orlando’s goals this season, while creating 21 chances. If De Souza continues along this path, don’t be surprised to see him in an MLS uniform soon.

Finishing one goal behind Golden Boot winner Ronaldo Damus, Perruzza showed why he is already playing for Canada’s U-20 National Team and earned his No. 18 ranking in the 2019 USL 20 Under 20 list in his first full professional season. Perruzza displayed a machine-like strike rate in 2019, scoring 15 goals on just 55 shots and averaging a goal every 121 minutes, which ranked third in the league behind North Texas teammates Damus and Ricardo Pepi. Scoring from both open play and dead ball situations and finishing crosses with relative ease, Perruzza proved that he and fellow 20 Under 20 selection Pepi are the class of League One’s striking corps. Perruzza is a striker that three of the four playoff teams would love to have this weekend.

Richmond had many impactful players, including offensive spark Joe Gallardo and utility man Braeden Troyer, but none had a bigger impact than Wahab Ackwei. Leading the team in clearances, blocks, interceptions and aerial duels won, Ackwei was the centerpieceof a Richmond side that allowed the fourth-fewest shots on goal this season. Ackwei had one of the highest tackle-success rates in the league at 76.7-percent and his strong tackles in midfield often led to chances in the attacking end for the Kickers. On top of his defensive contributions, the Ghanaian chipped in with two assists and created 11 chances. Ackwei is a player that Richmond will have to have a tight grip on to avoid him being snatched up by a USL Championship club.

I have nothing against Greenville’s Dallas Jaye and applaud him for his incredible Golden Glove-winning season, but I will say it with my chest when I say that Mangels is the best goalkeeper in League One. The Lafayette, native played every minute of the regular season and led the league in saves, clearances, and punches, helping the Red Wolves stay in many games they had no business being in along the way. With Mangels coming up big time and again, the Red Wolves conceded just one goal or kept a clean sheet in 18 of their 28 matches. Mangels patrolled his 18-yard box with confidence, making 42 catches this season, which is twice as many catches as the next League One goalkeeper. While Chattanooga’s playoff hopes came down to the last week of the season, they would have faltered a long time ago had it not been for Mangels’ heroics between the posts.