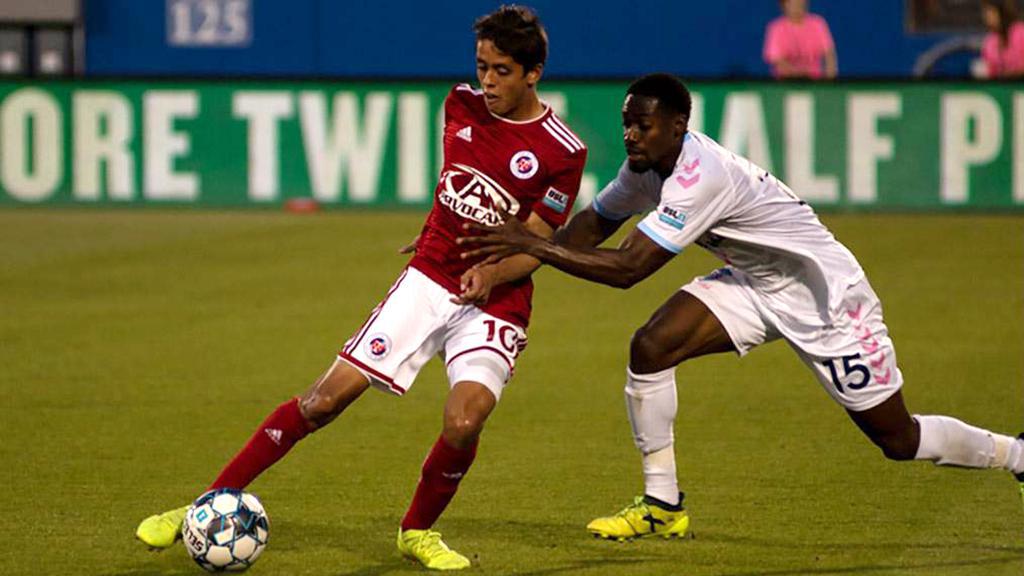 FRISCO, Texas – The promise of youth will square off against collective experience when No. 1 seed North Texas SC plays host to No. 4 seed Forward Madison FC on Saturday night in the Semifinals of the 2019 USL League One Playoffs at Toyota Stadium. Kickoff is set for 8 p.m. ET.

Featuring the youngest squad in the league in its inaugural season, @NorthTexasSC rode its talented group to the regular season title as its dominant form home and away saw it finish 10 points clear of its closest competition in the League One standings. Featuring both the League One Golden Boot winner in Ronaldo Damus (16 goals) and Assists Champion in Arturo Rodriguez (10 assists), Head Coach Eric Quill’s side has been consistently the best side in the league this season.

That means it will be a challenge for @ForwardMSNFC to spring a surprise, but after taking victory on the road against No. 2 seed Lansing Ignite FC last Saturday to clinch the final place in the postseason the Flamingos will be looking to put in a similar performance in Texas. While Madison fell in each of its prior two visits to Toyota Stadium early this season, the side took a 1-0 win when the teams met last on September 22 at Breese Stevens Field when Connor Tobin’s low ball into a crowd in front of the net resulted in an own goal that decided the game.

0 – North Texas did not drop a point after holding a lead at Toyota Stadium during the regular season as the side recorded a league-leading 10 home wins.

52.17 – Forward Madison led League One in duel success on its travels in the regular season, winning 52. 17 percent of its duels away from Breese Stevens Field.