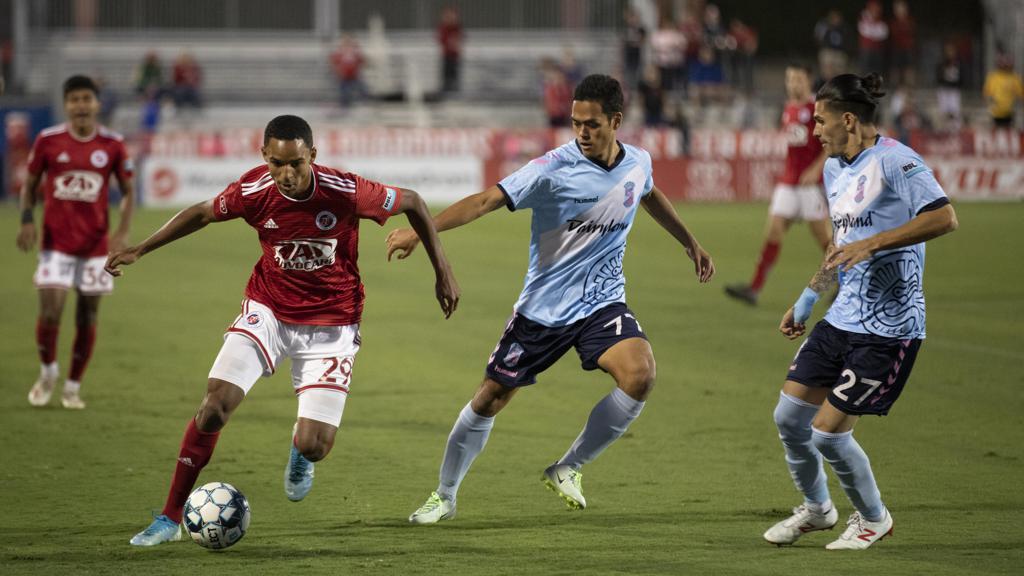 Both sides looked lively in the first half, combining for eight shots, five of which hit the target. North Texas started on the front foot, creating a scoring opportunity two minutes in as Thomas Roberts forced Madison goalkeeper Brian Sylvestre into a save, dribbling past a defender at the top of the 18-yard box before striking a left-footed shot on frame.

Madison’s Brian Bement answered with a quality chance in the 17th minute, dribbling his way past two tackles inside the penalty area before striking a shot into North Texas goalkeeper Jimmy Mauer from close range.

J.C. Banks created another opportunity for the visitors just before halftime, striking a dipping shot from distance, but Mauer was equal to it and the sides went into the break tied at zero.

Sylvestre came up with a huge save in the 68th minute to push Brecc Evans’ header over the bar and keep his side in the match, but his efforts would go unrewarded as North Texas opened the scoring eight minutes later.

Pepi scored his first goal of the night after a well-worked move through North Texas’ final third. Roberts cut in towards the top of the 18-yard box from the left flank, playing an entry pass to John Nelson. Nelson laid a clever ball off to Pepi who took a touch to create space and found the bottom corner of Sylvestre’s goal from just outside the penalty area to give the hosts a one-goal lead.

North Texas doubled its advantage two minutes later as Pepi completed his brace. Oscar Romero played provider this time, serving a cross in from the right flank towards Pepi who was marked at the top of the six-yard box. The 16-year old striker rose above his marker and nodded a well-placed header past Sylvestre to score his eleventh goal of the season.

With the win, North Texas advances to take on Greenville Triumph SC in the USL League One Final. The match will be played on Saturday, October 19 at 7:00 PM ET at Toyota Stadium in Frisco, Texas.