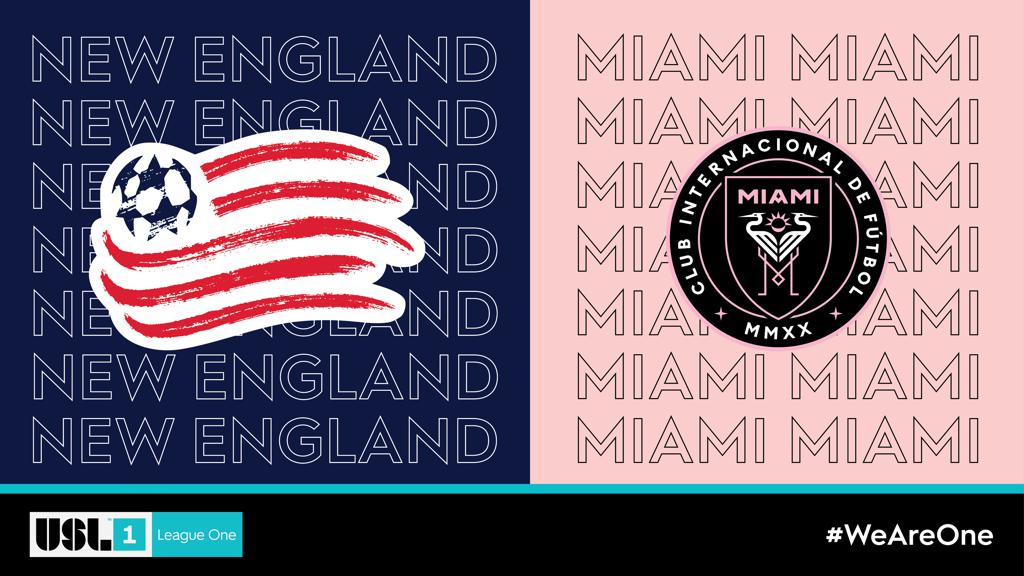 TAMPA, Fla. – USL League One announced today that Inter Miami CF and the New England Revolution will launch League One clubs and begin play during the 2020 season.

“We’re thrilled to have Inter Miami CF and the New England Revolution join League One,” said USL Senior Vice President Steven Short. “It’s exciting to watch our league as it continues to grow in both size and intensity. We’re already looking forward to our second year of competition and know that both of these clubs will be tremendous additions to our league.”

Inter Miami is Major League Soccer’s 25th club, set to begin play in March of 2020. The club is led by owner and President of Soccer Operations David Beckham, lead managing owner Jorge Mas, and Sporting Director Paul McDonough. The League One team will train and play in Fort Lauderdale at the newly-renovated Lockhart Stadium alongside the club’s MLS side.

“League One is the final piece of our development structure. We are proud to close this deal and join a competitive league where our youth players can compete against quality opponents,” said Paul McDonough, the Sporting Director for Inter Miami CF. “This team will provide more opportunities for players from South Florida as well as elite international prospects.”

Owned and operated by Robert and Jonathan Kraft, the New England Revolution are one of the founding members of Major League Soccer and have a rich history that spans more than two decades since the league’s launch in 1994. In addition to winning the U.S. Open Cup in 2007, the Revolution have participated in five MLS Cups, with its most recent appearance coming in 2014. New England has qualified for the 2019 MLS Cup Playoffs under the leadership of newly appointed Sporting Director and Head Coach Bruce Arena who will oversee the League One side in conjunction with Technical Director Curt Onalfo.

“The addition of Revolution II is a critical step that fully defines the pathway for our younger players to professional soccer with the New England Revolution,” said Revolution Technical Director Curt Onalfo. “USL League One is an excellent opportunity for our young talent to compete against quality opponents and we’re excited for how this new team will elevate our player development model.”

Miami and New England join Union Omaha SC as expansion clubs that will begin play in League One’s second season. Both clubs plan to unveil the Head Coaches and crests of their League One teams later this year.

USL League One continues its inaugural season this Saturday night with the opening round of the USL League One Playoffs. In the first Semifinal, regular season title-winners and No. 1 seed North Texas SC will host No. 4 seed Forward Madison FC at 8 p.m. ET, while No. 2 seed Lansing Ignite FC will host No. 3 seed Greenville Triumph SC in the second Semifinal at 7 p.m. ET.