Bermudez fires Greenville into the League One Final 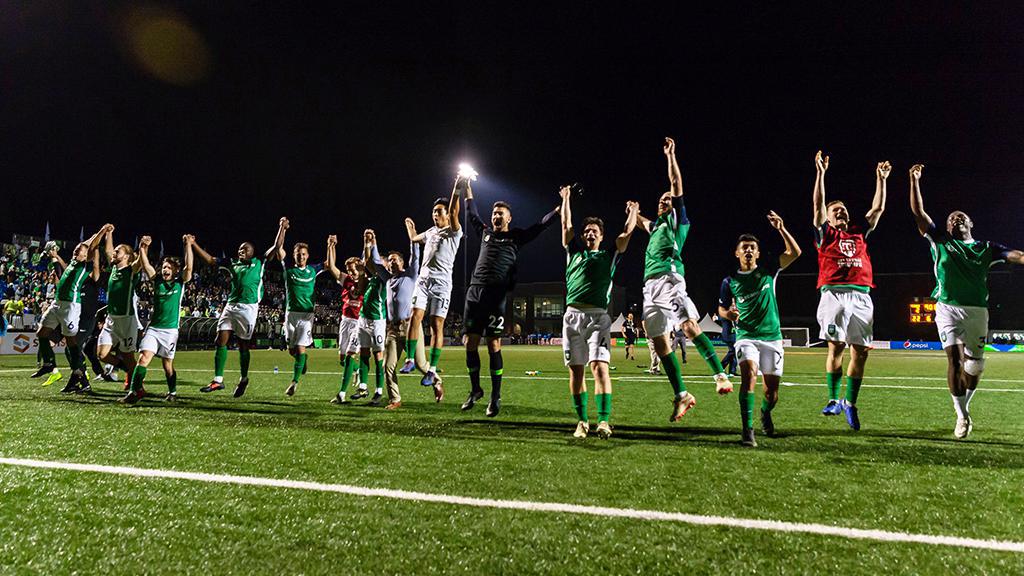 The majority of the first half was played in the middle third of the field, with Lansing carrying a 7-3 shot advantage into the break. Greenville’s Omar Mohammed narrowly missed a chance from eight yards out in the 12th minute after Carlos Gomez found him with a clever cutback inside the penalty area.

Nick Moon came closest to breaking the deadlock for the Ignite in the 34th minute after tricking his way through a couple of defenders down the right flank. Moon dribbled into the 18-yard box and attempted to beat Dallas Jaye with the outside of his right foot, but his shot narrowly missed the far post and the sides went into the break tied at 0-0.

Chris Bermudez scored the game’s only goal in the 59th minute after Cameron Saul played Mohammed in behind the Lansing defense with a clever reverse pass. Mohammed dribbled towards the endline before finding Carlos Gomez near the penalty spot. Gomez played a square ball to Bermudez who was unmarked at the back post and calmly finished the chance to send Greenville on to the USL League One Final.

As the Ignite searched for an equalizer, the Triumph continued to create in the attacking third while clamped things down defensively. Lansing created quality chances in the final 15 minutes of the match, but none looked to bother Jaye too much as the Golden Glove winner earned his 14th clean sheet of the season.

Lansing’s best chance to pull themselves level came in the 85th minute as Rhys Williams nearly equalized from a tight angle. The second-half substitute picked up a deflection from his own cross and attempted to beat Jaye at the near post, but his effort went just wide.

In the dying moments of the match, Elma N’For sent a looping header goal-wards, forcing Jaye to make a leaping save, but he confidently held on to the shot to clinch the win for the Triumph.